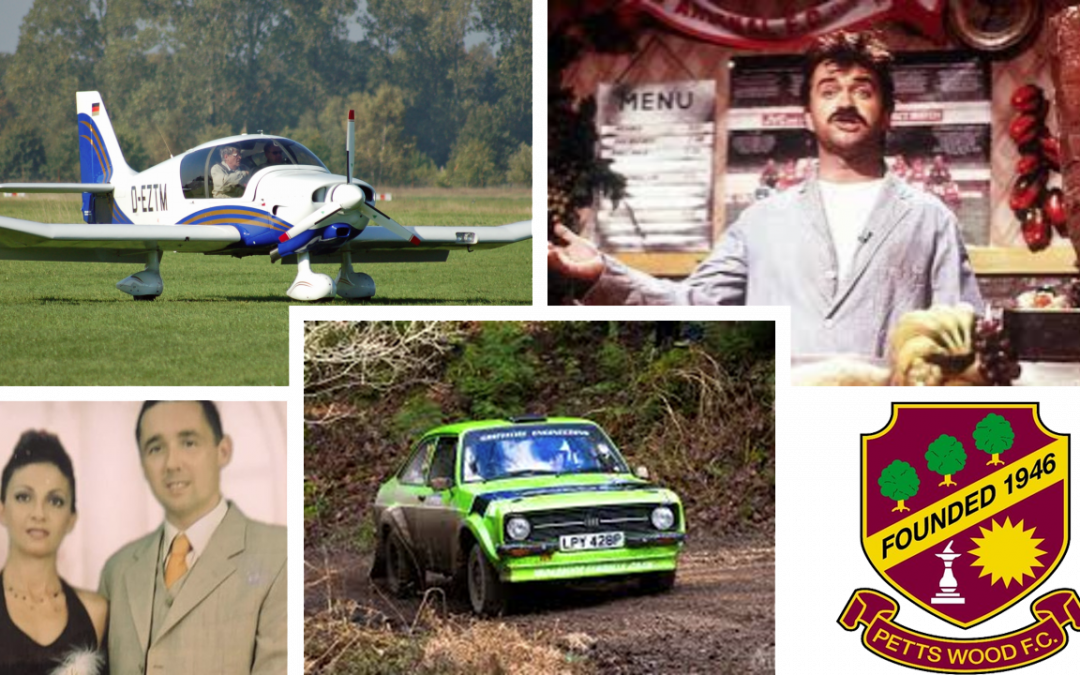 1.
My first job at the young age of 14 was in my familyâs Kebab Shop in Welling, Kent. By this time my mates nicknamed me âpeepsâ which was used by Harry Enfieldâs character âStavrosâ… “You want chili sauce on it?”.

2.
I used to be a Rally Driver in a Green Mk2 Ford Escort. I was a member of The Borough of 18 Motor Club and competed between 1985 and 1990. I quickly found out you canât compete on a budget and retired my crash helmet and sold the car. I have never been so poor.

3.
As a child I dreamed of being a commercial pilot. This never happened of course so I attempted to obtain a Private Pilotâs License in the mid 1990âs. I completed 30 of a minimum of 40 hours and managed to fly solo on many occasions and never got lost once. My training took place at Rochester Airport. Unfortunately, due to the economic climate of the times I abandoned my dream and promised to complete it one day; which I never did, yet.

4.
When my son was 8 years old, like most boys, he wanted to play in a football team. I took him along to Petts Wood FC for training and after a few weeks the Chairman approached the parents and explained that unless he found a manager the kids wonât be able to play matches the following season. All the parents looked at each other and nobody looked like volunteering. So you guessed it Perri âRon Managerâ Ahmet got the job. I did this for 8 years and loved nearly every minute of it.

5.
Before Freemasonry I used to be slim.