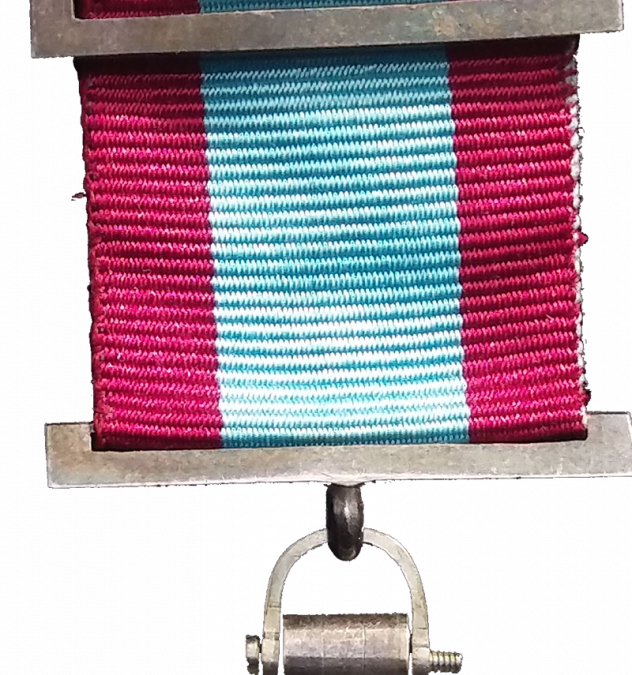 It is not unusual for a father to Initiate or Advance his son, but on Thursday 11th November at a meeting of The Margate Lodge of Mark Master Masons W.Bro. Shaun Connell, a fourth-generation Mark Master Mason, Advanced his father Carl.

When Shaun was Advanced back in 1998 he asked if he might have his great, great grandfatherâs mark and use his jewel, which he has done ever since. His name was George Leonard Ford Connell and he was Advanced as a Mark Mason in 1864 under the Scottish Constitution in Perseverance Chapter No.71 in Bombay, India. George would appear to have been a very prolific Freemason in at least Craft, Mark, Royal Ark Mariner, Rose Croix, Knights Templar and falling under both the English and Scottish Constitutions.

The Jewel shared by Shaun and George Snr. which was used to invest Carl
Being members of the same Lodge, Carl could not have the same mark as Shaun (and thereby his great grandfather). However, Shaun did have Carl’s grandfatherâs Mark Certificate. He therefore arranged that Carl would receive his grandfatherâs Mark (Shaun’s great grandfather). His name was George Shemain Connell and he was Advanced as a Mark Mason in 1892 in Malwa Chapter No.139 in Mhow, India, again under the Scottish Constitution. But like his father, also falling under both the English and Scottish Constitutions in various orders.

By one final and remarkable coincidence that ties everything neatly together, George Leonard Ford Connellâs jewel dates back to 156 years ago; which is also the combined age of Carl and Shaun!

Shaun commented “The night was superb on so many different levels, the ceremony was a great team effort, especially after such a long break. But the whole room was stunned when there was an unexpected report and the Inner Guard announced that W.Bro. Martyn Summers, Assistant Provincial Grand Master, requested admission. If anyone had had a camera on the faces of myself, the DC and the Secretary, it would have been a competition for who looked the most stunned as none of us in the Lodge knew that he was coming. What a lovely surprise! He really entered into the spirit too, even joining the procession when the craftsman marched to receive their wages. Overall, it was an evening that my father and I will treasure forever.”