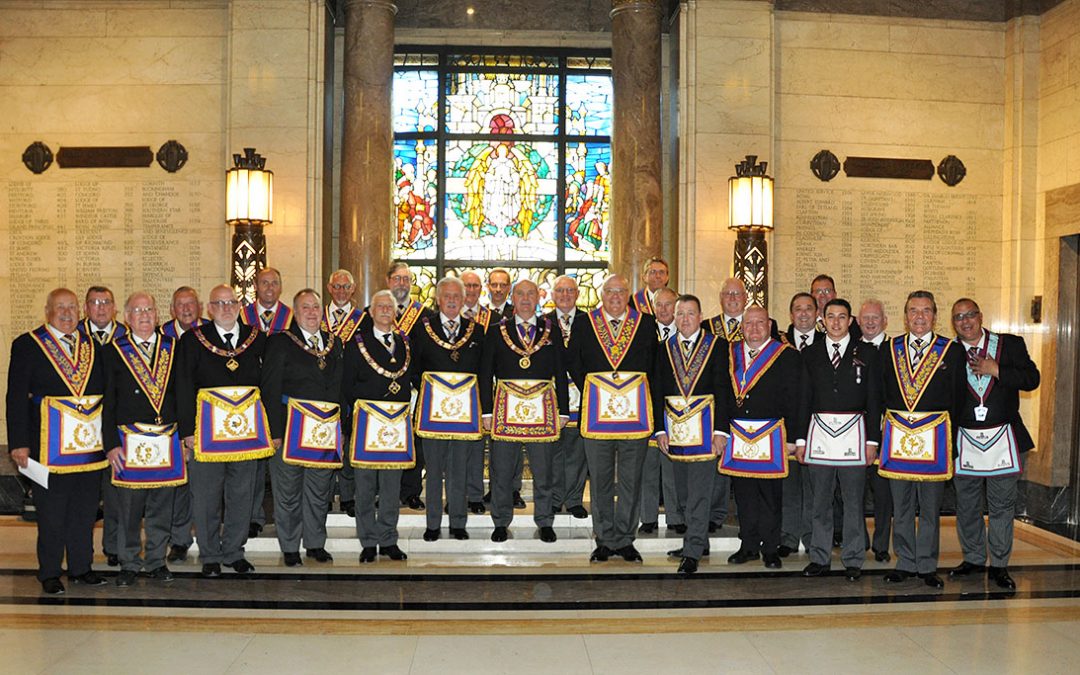 On the customary second Tuesday in June, 11th, around 2,000 members of the Mark Master Masonsâ community came together from far and wide in the Grand Temple of Freemasons’ Hall in Great Queen Street for this year’s Annual Investiture Meeting of the Grand Lodge of Mark Master Masons of England and Wales and its Districts and Lodges Overseas which was presided over by the Grand Master, MW. Bro. His Royal Highness Prince Michael of Kent.

As can be seen from the photograph below, our Province was very well represented with more than 40 members in attendance.

RW. Bro. Archie Torrance, Provincial Grand Master commented on how pleased he was “..to be able to share this wonderful day with such well-deserving members of our Province upon receipt of their first appointment to Mark Grand Rank. I am looking forward to the September communication when brethren from the Province will receive equally well-deserved promotions.”

Below is a list of all of the Kent brethren who were appointed on the day, all of whom receive the best wishes and congratulations of all of us in the Province.