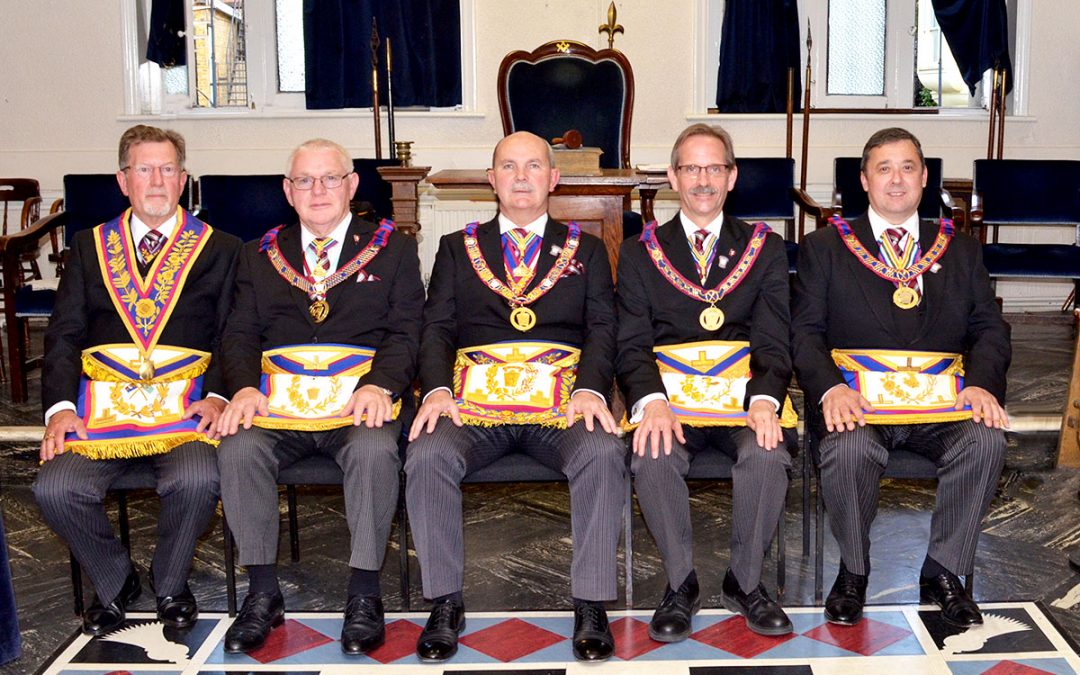 There was cause for a double celebration at the recent Centenary meeting of Rochester’s Pentangle Mark Lodge.

After the centenary formalities and celebrations had concluded, there was a look of bewilderment on the face of W. Bro. Paul Murton, (above left), as the Pro Grand Master, MW. Bro. Raymond Smith, asked that he be escorted forward.

It was W. Bro. Paulâs birthday and while it might have seemed that this was the cause of the attention, Paul was suitably stunned as the Pro Grand Master appointed him “in the field” to the rank of Past Grand Standard Bearer, a much deserved accolade for a hardworking and respected brother.

Paul was Advanced into Pentangle Mark Lodge in 1997 and Elevated into Dewar Lodge of Royal Ark Mariners in 1999. He became Master of Pentangle in 2007 and Commander of Dewar in 2008. His appointments and promotions can be seen below:
Mark:

As you might expect, he is also a member of a number of other Masonic orders and service Lodges.