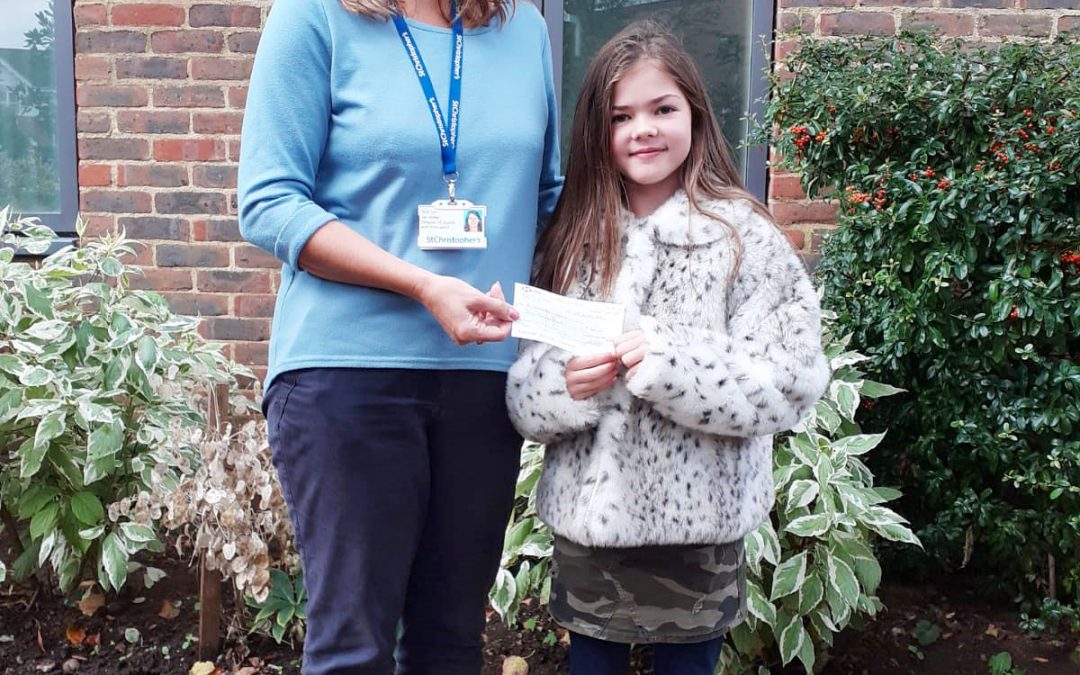 They were representing seven local Lodges who had nominated St Christopher’s to  receive  donations on behalf of the Mark Benevolent Fund to commemorate the  significant contribution made by H.R.H., The Prince Philip, Duke of Edinburgh.

The presentation of £7,000 was made  on behalf of the following Lodges:

The donation was officially received by Graham Perace and Jan Noble, their Director of Quality & Innovation. Jan and her team actively monitor and ensure the quality of care  across the organisation, inside and out in the community. Jan leads on quality  improvement and drives innovation and new models of care across St  Christopher s and hospices nationally.

A second presentation of a cheque for £300 was made by eight year-old Bella Saunders. Her donation was made in  memory of her grandad Steve who had been so well cared for at the  Hospice. The funds were given by Mrs Janet Stiff who had received them as a
charitable donation from the Bradstow Chapter, Broadstairs for making a  banner for them.

Graham and Jan  expressed their sincere thanks on behalf of St Christopher’s  to the Mark Benevolent Fund and to the individual Lodges for their kind  nomination.

Hal Davidson, the Senior Community Fundraiser for St Christopher s Hospice said Thank you so much for raising funds for St Christopher s. Your support means a great deal to all our staff caring for and supporting people across south east London when they need us most. It is only through your help that we are able to continue to care for people living with a terminal illness across south east London and we are so grateful for your support. 