All Manor of New Members for Bexley 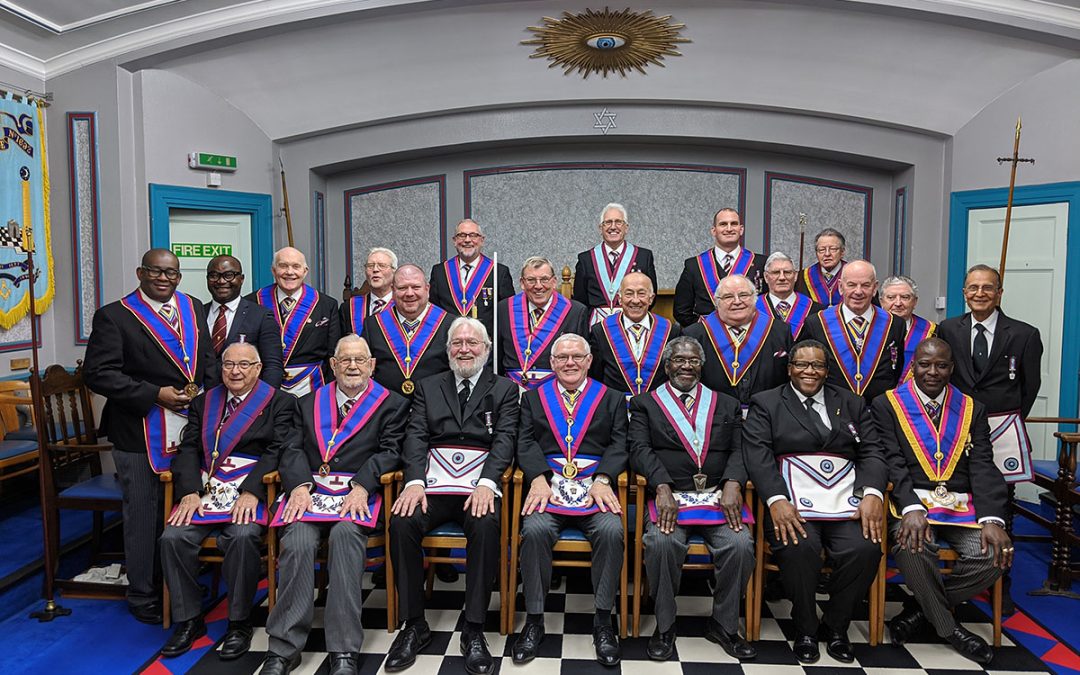 Sidcup’s Manor of Bexley Mark and Royal Ark Mariner Lodges have really bought into the Grand LodgeÂ 3 R’s initiative ofÂ Recruitment, Retention and Reinvigoration, which is being promoted right across the Province.

The Lodges already have a wonderful reputation for retaining members as a result of their invigoratingÂ and enjoyable friendly Saturday meetings; but of late they admit that they have struggled a little with recruitment. By embracing the 3R’s initiative and the simple premiseÂ of being happy to talk openly aboutÂ our friendlyÂ and beautiful degrees amongst those in their wider Masonic circles who are not Mark Master Masons, they are growing their membership to such an extent that the Mark Lodge is likely to increaseÂ its membership numbers by around 50% in a little over twelve months!Â  Hopefully many of these new members will naturally progress to becoming Royal Ark Mariners.

The fruits of their labours were clearly to be seen when at their R.A.M. installation meeting on Saturday December 14th, which was attended by VW. Bro. Fred Brown and an Escort of 14 Provincial Officers (above) a new Candidate for Elevation was announced along with Notice of Motion for a joining member.Â

The following Mark meeting was a wonderfully delivered double Advancement, after which the Secretary announced that the Installation meeting in March will be preceded by not only another double AdvancementÂ along with Notice of Motion for a joining member, but also that he had three more application forms for processing!

If you would like to know more about how your Lodges can benefit from the 3R’s initiativeÂ then please contact usÂ via this link.