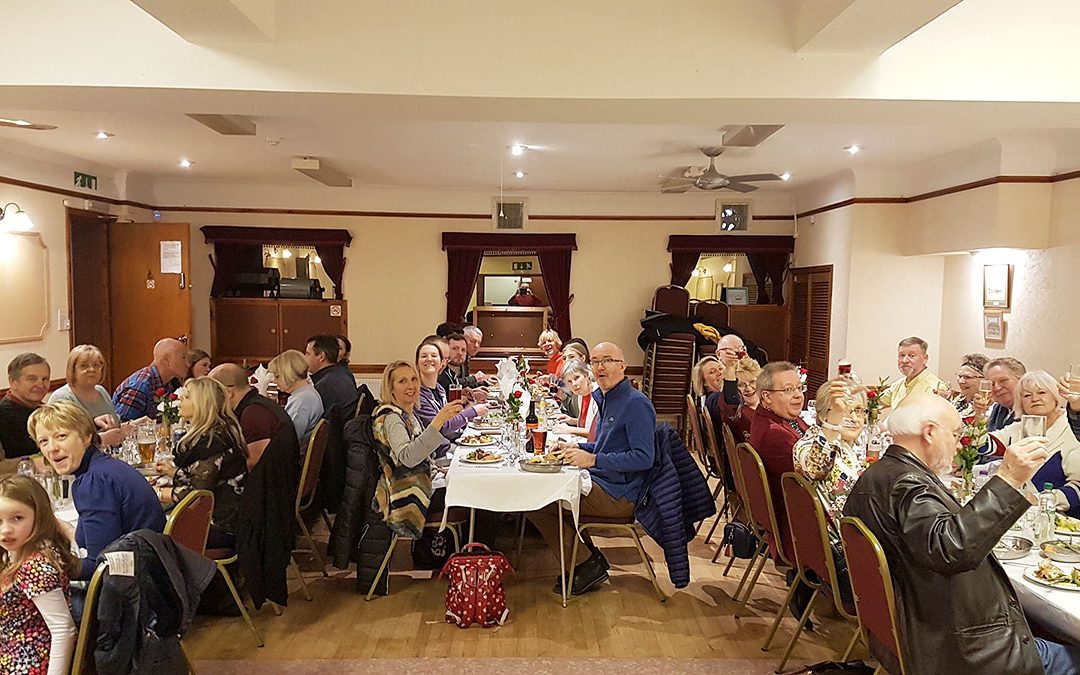 At what was probably the last social event in the province before the general suspension of all masonic activity 40 people turned up at the Sandgate Masonic Centre on Sunday 15th March to cheer W. Bro. Jon Meyer along as he completed one of his longest training runs (20 miles/32k) in his build up to running the, now postponed, 2020 London Marathon.

The weather at Sandgate as Jon started his run was wet and very windy. None the less Jon set off determined to complete his training run in 3 hours which would be in line with the time he is hoping to achieve on the big day. To help Jon along he was accompanied by his little sister Joy, herself a seasoned marathon runner, for the first 10k and then his youngest son Alex, also an accomplished runner, for the last
10k. This training run was undertaken by Jon knowing that the event he has trained so hard for had already been postponed until October due to the Corona Virus Pandemic.

Having completed the run in the expected time Jon returned home, by car, to shower and change before joining his supporters back at the Masonic Centre in Sandgate for a fundraising traditional Sunday Lunch prepared by Jooles Meyer with all proceeds donated to the fundraising effort.

Jon thanked everyone for coming along to support him and later announced that the day had raised in excess of Â£300, bringing his sponsorship total for the 2020 Festival to over Â£4,000!