Amherst Mark’s Afternoon At The Races 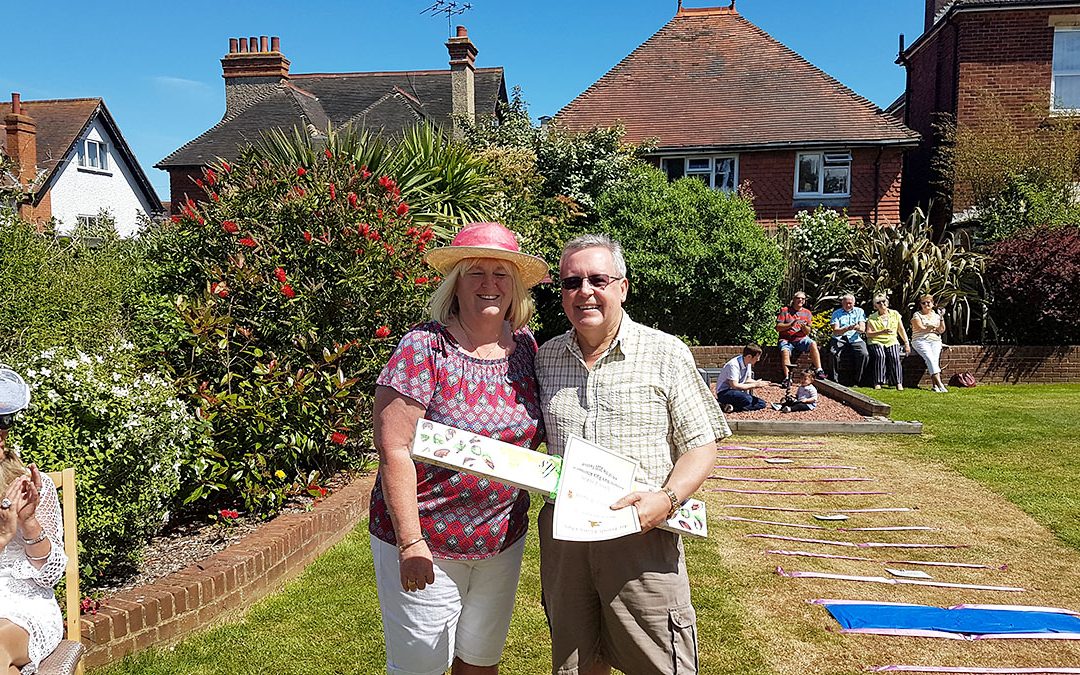 In the run up to Royal Ascot week W. Bro. Brian Ward, of the Amherst Mark Lodge No. 266, and hisÂ wife Toni hosted an “Afternoon at The Races” in aid of the 2020 Festival.

The afternoon proved to be warm and sunny which inspired an enthusiastic crowd to roar on theirÂ inflatable horses over an obstacle strewn course to the finish line. The progress of each horse beingÂ determined by the throw of a dice and lady luck. The winner of each race was presented with a boxÂ of chocolates and a certificate by the sponsor of the race. In total six races were run, each race beingÂ sponsored by different members of the Lodge. Each horse was sold for a modest fee allowing the owner to name the horse for the race. Odds on each race were carefully calculated by W. Bros.Â James Stretton and Keith Beavers ensuring that a very successful tote was run during the afternoon.

Prior to the fourth race being run a ploughmanâs lunch, followed by an abundance of home-madeÂ cake prepared by Toni was provided to each of the guests. While they enjoyed lunch raffle ticketsÂ were sold by Mrs Julie Beavers, at the same time she invited guests to take part in a âhigher orÂ lowerâ card game. It has to be said that the skill and cunning displayed by Julie ensured that the dayÂ was a financial success.

When the last race had been run, the winnings paid, the raffle drawn and the money counted, PeterÂ Lapage ably assisted by Mrs Rose Daniels, judged of the âbest ladies hat competitionâ to be a tieÂ and awarded boxes of chocolates to Zarina and Ellie, two little girls who had also assisted with theÂ races. A decision which was loudly applauded by the audience.

Brian then asked W. Bro Ivor Spencer, the Provincial Grand Director of Ceremonies, to receiveÂ the proceeds of the day which amounted to over Â£1,250 in aid of the 2020 Festival on behalf ofÂ Amherst Mark Lodge. Ivor then took the time to thank Brian and Toni (especially Toni forÂ her cakes) for playing host to the event and gave special thanks to James Stretton and Keith BeaversÂ for running the Tote and to Mrs Julie Beavers for all of her fund-raising efforts. He then went on toÂ mention some of the local charities that had benefited from grants received from the MarkÂ Benevolent Fund and how without events such as these and the generosity of those attending, itÂ would not be able to support as many worthy causes.

All in all a wonderful day full of fun and laughter was had by all those who attended.