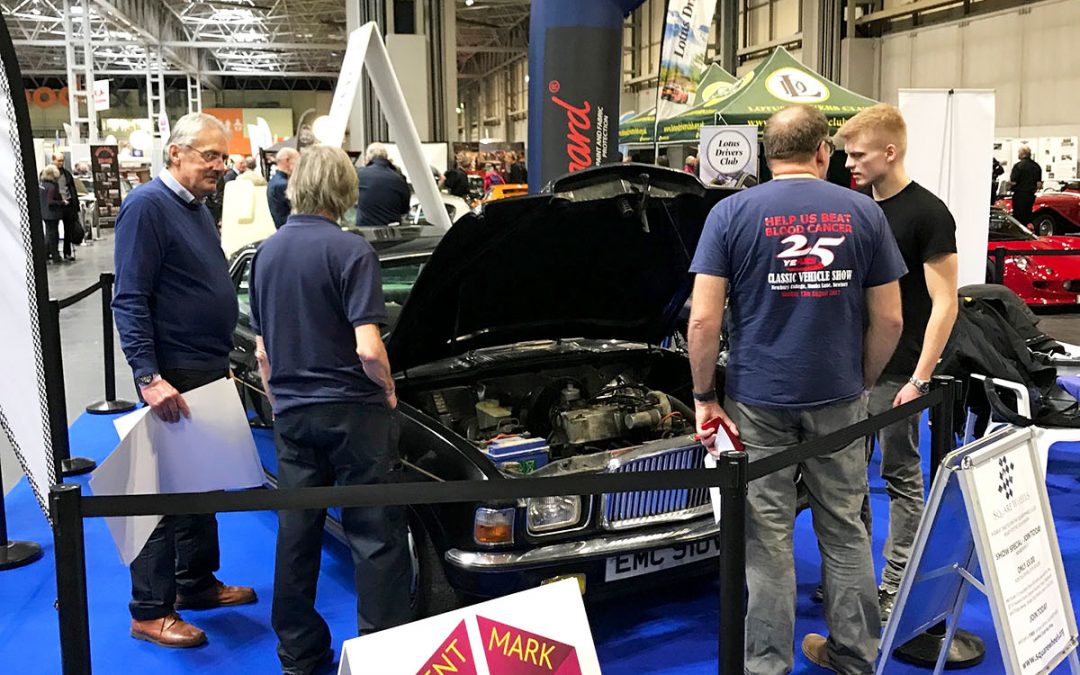 Regular visitors to our website and social media pages will be aware that the late Brian Meeres bequeathed a generous legacy of Masonic and personal items in favour of the 152nd Annual Festival for the Mark Benevolent Fund.

The largest item was his much-loved 1979 Austin Allegro Vanden Plas!

W. Bro. Brian left a tremendous legacy to the Province, including his prized pocket watch, and his generosity and thoughtfulness will benefit many for some time to come.

Knowing that W. Bro. Mark Pierpoint, of the Florence Nightingale Lodge of Mark Master Masons, is the Chairman and one of the driving forces behind The Square Wheels Club, whose members share “a mutual passion for Classic Vehicles and Freemasonry”, we contacted him for guidance on the best course of action to take.

The Allegro was infamous for being a poorly built, rust-prone and troublesome car manufactured towards the end of the 70âs and timed with a massive decline in the fortune’s of the British motor industry. The press of the time infamously gave the car the nickname of the “All Aggro”, which was in hindsight unfair as they were actually better than reported. Brian was obviously proud of his very clean, rust-free, garaged for life, Vanden Plas example that he kept it so well maintained.

As luck would have it, The Square Wheels Club were planning their display stand for the Practical Classics Classic Car and Restoration Show at the NEC in March and decided that as a Practical Classic it would make a most interesting exhibit and invited sealed bids for the car over the two-day show.

Initially valued at only Â£300 the collectability, rarity and ease of maintenance made the car much more attractive today than ever before. The Allegro owners club felt it might be worth as much as Â£750, but due to interest from several parties the final sale made an amazing sum of Â£1525.75 which will go to the 2020 Festival in Brian’s name.

Mark confirmed that “It has gone to a good home. To an enthusiast who shares a passion for cars and who is a friend of a Mason from Berkshire. He will make the car road legal and drive the car on the public roads this summer and appreciates the story behind the car.”