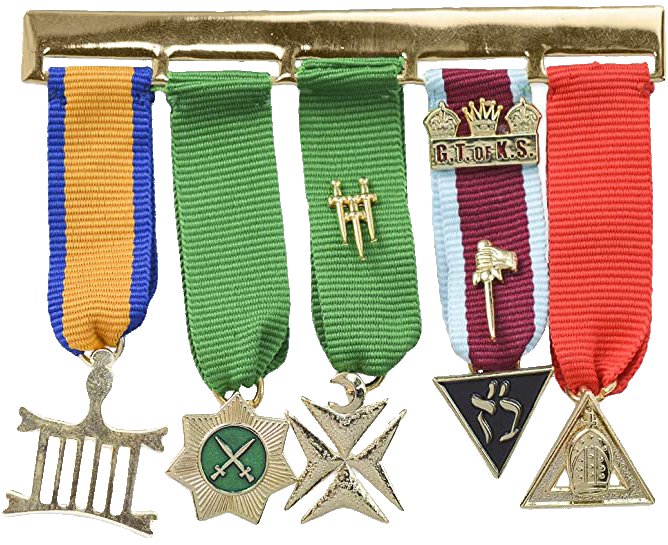 We are delighted to report the news that two well known members of our Province are to be appointed to key roles within the Executive ofÂ  the Allied Masonic Degrees in Kent.

Administered from Mark Masons’ Hall, the Allied Masonic Degrees, or AMD, is one of the progressive orders in Freemasonry that requires candidates to be both a Mark Master Mason and a Companion of The Holy Royal Arch.

In the changes that will take place at their next Annual District Meeting, to be held in February 2022,Â  our Provincial Charity Steward W.Bro. Brian Ward of the Amherst Lodge No. 266 will replace W.Bro. Jake Jackson as Deputy District Grand Prefect.

At the sameÂ time W.Bro. Derek Wilkins of Shorncliffe & Hythe Lodge No. 767 will take over from W.Bro. Scott Dunn as District Grand Secretary.

The vast majority of the âadditionalâ Degrees worked in England in the early part of the nineteenth century originally came under the patronage of Warrants granted by the âAntientsâ, who held that Craft Warrants entitled Lodges to work any Masonic Degree to which they had knowledge and members available who could work it. Upon the formation of the United Grand Lodge various groups of Degrees were gradually organised into separate Orders each with their own governing body.

By the end of that century a large number of unrelated Degrees of no direct interest to any grand body were still being worked in different parts of the country. In the late 1870s it was agreed by the then Grand Secretaries of the Craft, Mark, and Ancient and Accepted Rite to establish a âGrand Council of the Allied Masonic Degrees in England and Wales and the Colonies and Dependencies of the British Crownâ. The headquarters would be at Mark Masonsâ Hall.

The Order has five Degrees; the Degree of St Lawrence the Martyr; the Degree of the Knights of Constantinople; the Degree of Grand Tilers of Solomon; The Red Cross of Babylon and The Holy Order of the Grand High Priest.