We extend our congratulations and best wishes to W.Bro. David Huntley P.Prov.G.J.D. Prov.R.A.M.G.R of Dartford’s Westwood Mark & Royal Ark Mariner Lodges who is to become an Assistant Provincial Grand Master in the Masonic Province of West Kent. 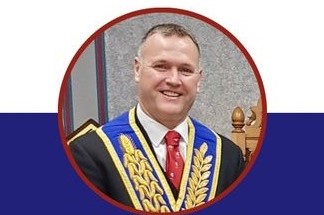 David was Advanced into Westwood Lodge of Mark Master Masons No.1354 in 1999 and subsequently Elevated into its anchored Lodge of Royal Ark Mariners in 2000.

David is a member of three other Mark and two other Royal Ark Mariner Lodges in the Province, including Kent Installed Mark Masters and Kent Installed Commanders.