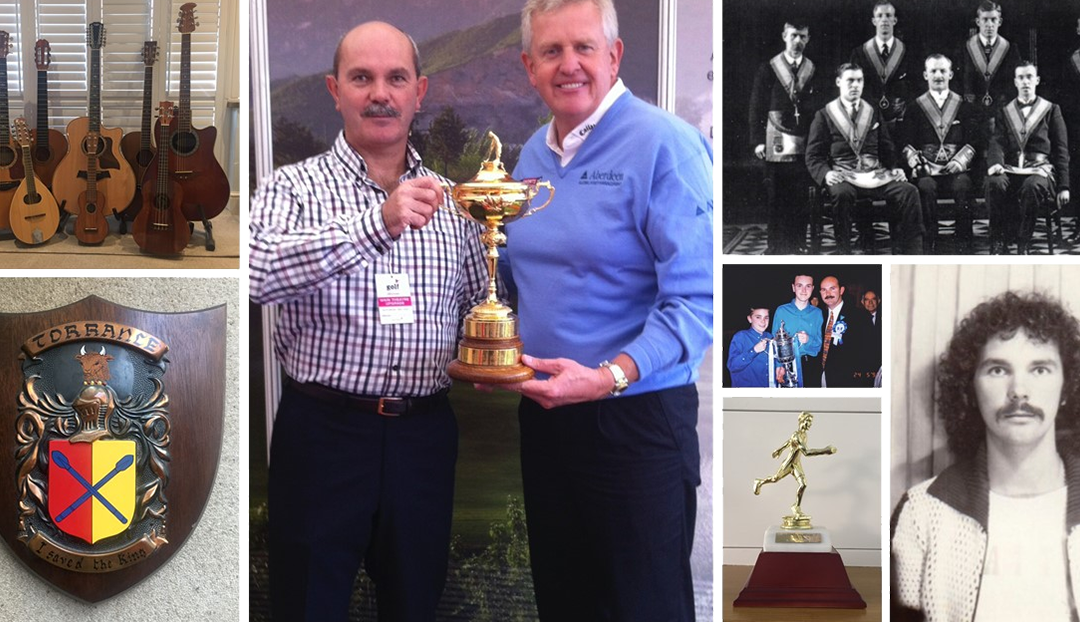 1.
I was a sporty youthâ¦
I was the Senior Sports Champion at Loudoun Academy, Galston, Ayrshire in 1975 and 1976. This was only possible because all the really sporty boys had left to get jobs! I was also Captain of the Senior XV Rugby Team at the same time, playing first on the wing and then as full back.

2.
I saved the Kingâ¦
Legend has it that my family motto is âI Saved the Kingâ. In 1308 Robert the Bruce was fleeing and two brothers Torrance sailed Robert to safety off the West Coast of Scotland. After the Battle of Bannockburn in 1314, King Robert remembered this benevolent gesture and directed that they use this as the family motto thereafter.

3.
I play musical instruments…
My father was a semi-professional saxophone player, playing in dance bands at Butlins (Ayr), Turnberry Hotel and in the Cumnock Branch of the Musiciansâ Union Big Band where he was the lead sax player. I began playing guitar at the age of 15 and have now gathered a small collection of instruments including a lovely polished wood ukulele made from Hawaiian koa.

4.
I once held the Ryder Cup and the Scottish Cupâ¦
As a keen golfer one of my golfing highlights was to hold the Ryder Cup. I didnât actually win it; I paid Â£5 for charity at the London Golf Club Open Day to stand next to Colin Montgomerie, winning European Ryder Cup Captain, and hold the trophy. Also, I didnât actually win the Scottish Cup for football either. My parents took my family to see our team, Kilmarnock FC, beat Forfar FC in the 1997 Scottish Cup Final at Ibrox Stadium in Glasgow. The goal scorer and manager came to our reception afterwards to let some old players who had lost the final 40 years earlier hold the trophy. The Torrance family had a brief opportunity to get our hands on it, which we did with great joy.

5.
I am descended from a long line of Freemasons…
I can track my family members in Freemasonry back more than 250 years in Lodge Loudoun Kilwinning Newmilns No. 51 (Scottish Constitution). This includes the time when Robert Burns, Scotlandâs National Bard, was made a member of the Lodge on 27 March 1796, the year that my 6x Great Uncleâs two sons were initiated. My Grandfather, William Croal Torrance, was Master of the Lodge in 1922 and 1923. My father was Substitute Master of the Lodge and was Lodge Almoner for many years.

Freeby. I used to have long curly hairâ¦
At school in the 1970s I had long curly hair before the professional footballers of the day decided it was trendy and got themselves perms!