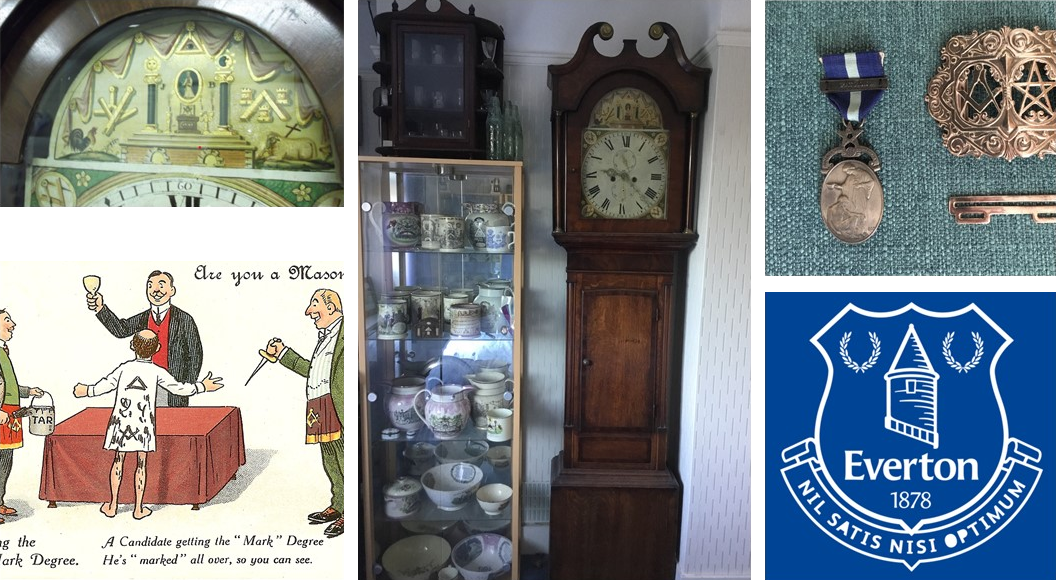 1.
No sooner had I left school I received a letter for a job interview for the Welfare Insurance Company which was to be based in Folkestone (now a block of flats). Having secured the position there followed a three year commute to Cannon Street, leaving home at 6.30am and arriving back at 7.00pm. This resulted in no mid week social life but it set me up to 40 years in Financial Services â my wife has reminded me we met at the Welfare and this year we celebrate our 45th Wedding Anniversary.

2.
I admit it; I am an Everton supporter and have been for 60 years. I had relatives in Liverpool and was taken to a home game at Goodison Park against Sheffield Wednesday in what was then the First Division. The noise, crowd, atmosphere and seeing Gordon West in goal making spectacular saves, my eyes must have been like large saucers and to cap it all Everton won 3-1. The club motto is ânil satis nisi optimumâ which translates to ânothing but the best is good enoughâ â a commendable sentiment.

3.
I have played most sports but by far the most physically challenging was tug of war. At weight categorised and competitive level this is far removed from the stereotype pub team. We trained every week and travelled around Kent and parts of Sussex. The tension on the rope was such that you could hear it âscreechâ. To hold that pressure for several minutes was to say the least very demanding. As well as strength and stamina, technique is required.

4.
I was introduced to Freemasonry by my late Father in Law, Bro Raymond Saunders, for which I will be eternally grateful. Although Ray did not go through the Chair he received Provincial Honours and it gave me great pleasure to present him with his 50 year Certificate on 16th March 2006, the same year I received my Craft Grand Rank appointment so a double celebration. I joined R.A.M. in 2019 and I now proudly wear Rayâs apron..

5.
I am a collector of Masonic memorabilia e.g. jugs, mugs, âAre You a Masonâ postcards and various other items. I donât buy so much now as essentially I have run out of room and because I have most of what I want. Until a couple of years ago there were three items on my wish list â Royal Masonic Hospital Nurses belt buckle, a Grandfather clock with Masonic symbolism and Masonic figurines dating back to the late 1700âs. I now have the first two but the figurines still prove elusive.