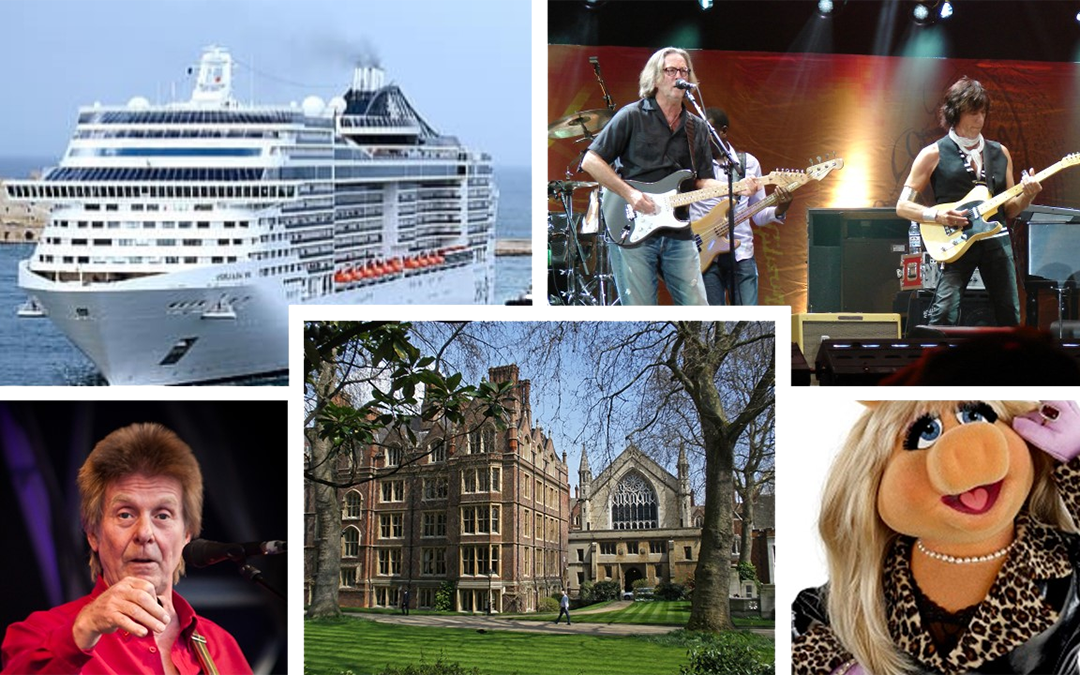 1.
Having taken a degree in law at university, my first job was as a Barristerâs Clerk in chambers at the Temple in Lincoln Inn Fields where my duties were mainly delivering client âBundlesâ to the High Courts of Justice and other chambers by bicycle. Oddly enough, I was required to wear a morning suit when making these deliveries so, when I joined Freemasonry and purchased my first morning dress it was quite a strange feeling to return to my youth in some ways.

2.
I used to play in a band called âLoose Changeâ we were often engaged to play in pubs around the south London area. My most memorable âGigâ was at a late night after hours booking at the âGreen Manâ in Vauxhall when three famous musicians asked if they could âSit Inâ with us for a few numbers. They ended up playing for most of the evening. Their names were: Eric Clapton, Joe Brown and Jeff Beck! The thing I remember the most was eating jellied eels at 2 am on the pub steps with Joe and Eric.

3.
When I went on my first cruise I discovered to my cost that the sanitary equipment on ships works on a vacuum system. The rule being that you should close the lid of the WC before flushing in order to create the vacuum. Unfortunately, I did not read the notice and flushed whilst still sitting, sure enough the seat created a perfect seal around my posterior and I was unable to break free. Eventually, I broke the seal but I was left with a lavatory seat shaped bruise that lasted the whole cruise.

4.
Whilst working with Walt Disney Inc on a fund-raising programme for âChildlineâ in 2007 I met with Kermit the Frog, Miss Piggy and Fozzie the bear. We launched the project by sailing down the Thames in a Royal Navy Frigate with the Muppets broadcasting from the deck of the ship. This was my only television appearance to date and lasted about two seconds. The clip was of me being thumped by Miss Piggy.

5.
I am involved in many charities and my latest major project is underway in partnership with Build Aid, Water Aid, Pump Aid, Her Majesties Prisons and Nestle. We are in the process of building a school for 1800 pupils in Mozambique. We are currently seeking a site where water is present and deep drilling has commenced on two possible locations. My partner Claire, is actively involved in liaising with the prisons who are manufacturing pre-fabricated class rooms for shipment to Africa.