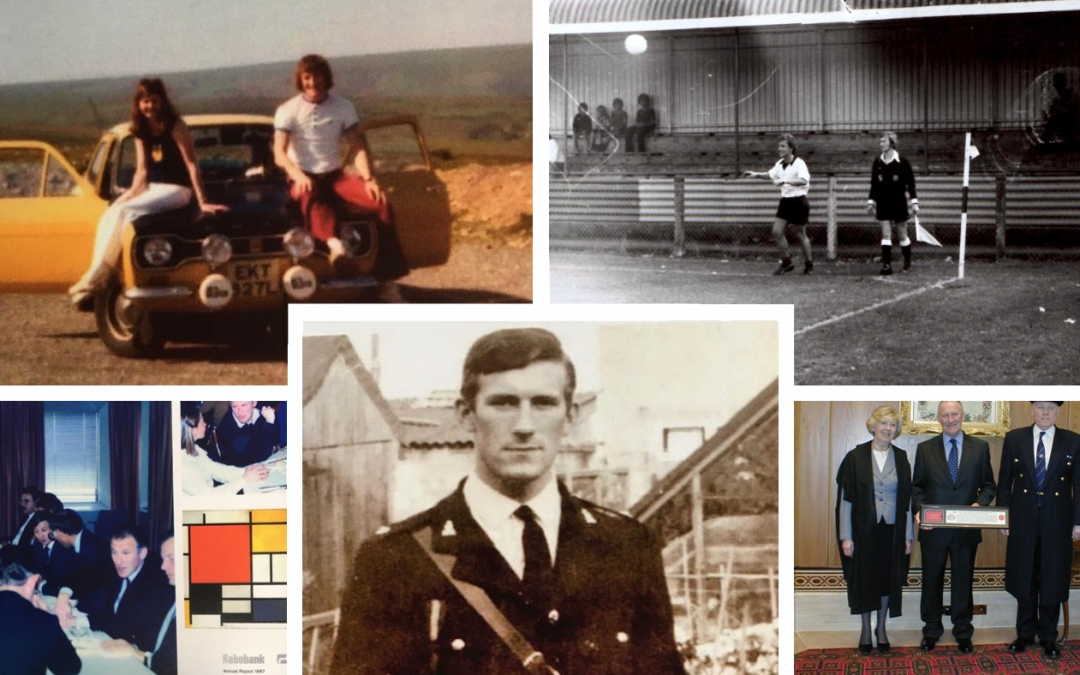 1.
I was an Officer in the Church Lads’ Brigade and worked for them in the sixties at their Headquarters in Gloucester Place, London near to The Beatles’ Apple Boutique which was on the corner of Baker Street and Paddington Street.

2.
I was a Football Referee from the age of 18, (the youngest in Kent at the time), officiating in the Kent League and Southern League. I once refereed Maidstone v Crystal Palace and the Palace Manager Malcolm Allison must have been really impressed as he said “I’ve never seen anything like it”.

3.
As a keen Rally Car driver I had a Ford Escort Mexico with flared arches and full rally pack ‘never raced or rallied’ just a boy racer!, it got me into all sorts of problems with speed cameras though!

4.
I Worked in the City for over 50 years, from the age of 18 to just over 70, for 8 different International Banks and a couple of commercial companies. I was working for a dot-com company when that bubble popped in the late 1990 ‘s.

5.
In 2007 I was made a Freeman of the City of London, which allows me to herd my sheep over London Bridge.