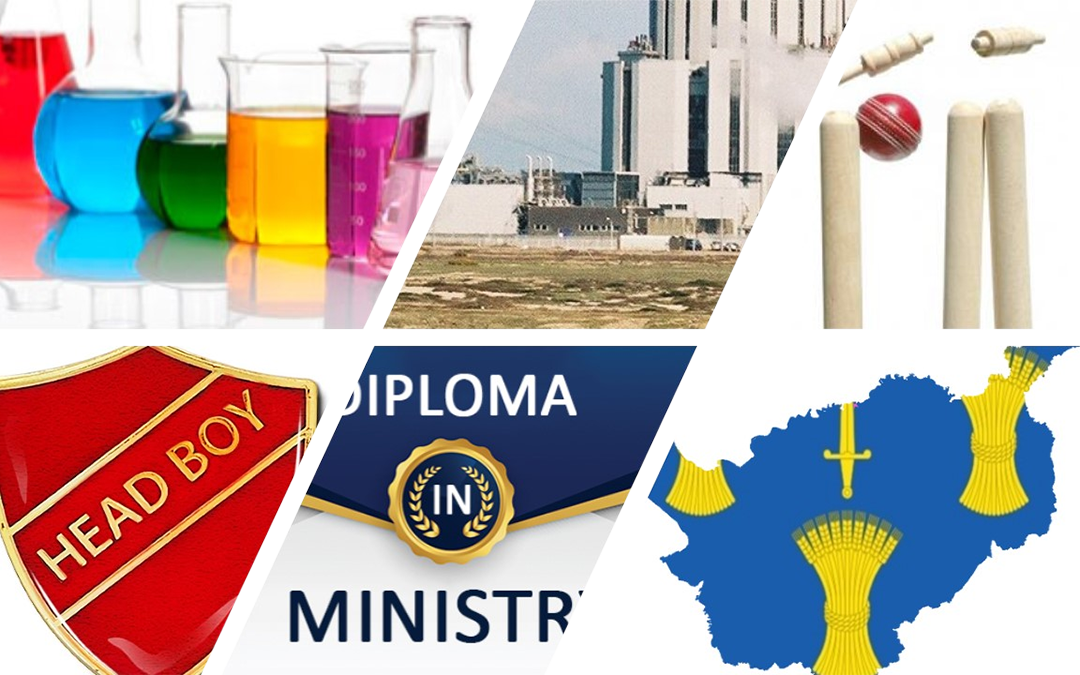 1.
I was born in Wallasey in Cheshire, but it is now subsumed into Merseyside. However, I still consider that I hail from Cheshire, although I have no living relatives there now.

2.
I moved to Kent when I was 12 and my step father came down as site engineer to Richborough Power station. He subsequently became site engineer at Dungeness, and I earned my pocket money by shading in the plans as each part was completed.

3.
I met my wife when I was at secondary school and we became Head Boy and Head Girl together.

4.
Science was my passion but the only A level I have is in British Constitution. All of my other qualifications, ONCs, HNCs, Institute qualifications, MSc. etc are in Chemistry. I also hold a Diploma in Ministry.

5.
I did represent England at Cricket, but not as you would recognise it. I had officiated at a wedding on small Croatian Island between a girl I had taught and her Croatian fiancÃ©. As part of the celebration the English guests played the Croatian guests. The Croatians won!