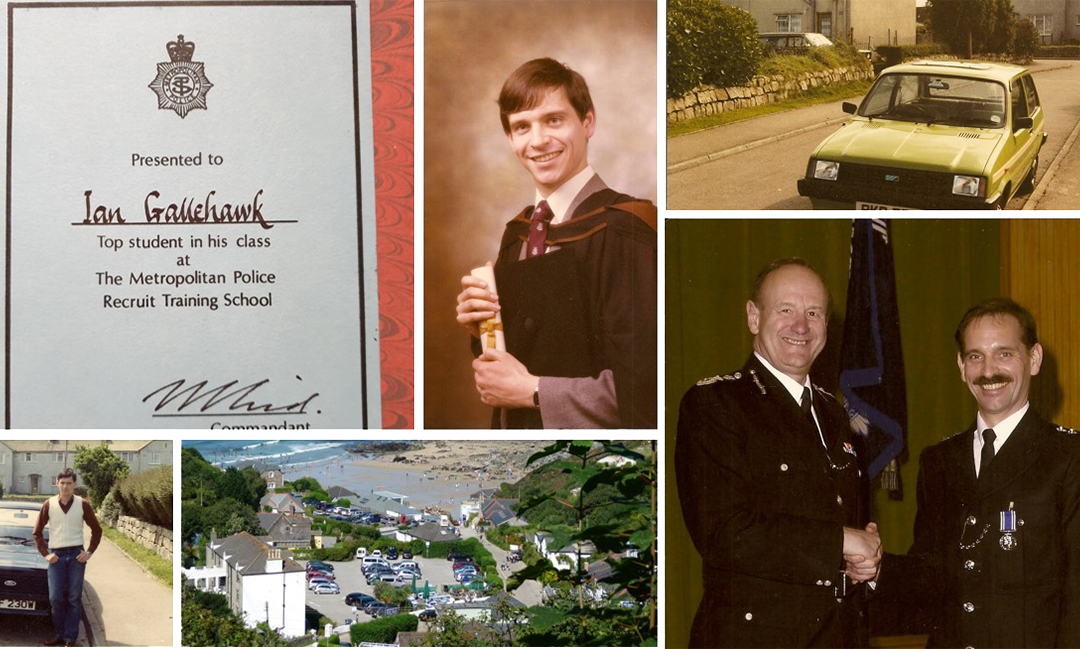 1.
I was born in Cornwall and was brought up in a very quiet, seaside village called St Agnes. While my father ‘s side of his family was staunchly Cornish, my mother originated from London, hence I followed my grandfather in supporting Crystal Palace. I have always said that the positive aspect of this is that it prepared me to face the suffering and hardship of life. Few trials or tribulations could come near to travelling all over the country in rain and snow, simply wondering how great the defeat would be that day.

2.
I was only able to begin attending Selhurst Park when I enrolled at Goldsmith ‘s College, University of London. Setting a clear example that mediocrity is no bar to achievement, I graduated in 1980 with an Upper Second in Sociology. It is amazing what can be achieved by learning model answers virtually word perfect and great preparation for future activity! I still wear today the watch that I am wearing in my graduation picture. This speaks volumes regarding my dress sense, which is further evidenced in the picture of my first car.

3.
Never destined to be a boy racer (or a picture of sartorial elegance), my first car was a 1.1 Fiesta, which did many journeys between London and Cornwall until it was replaced with a 1.3, slime green (applejack) Metro. Being the first year of a then new model, it had more faults than could be listed. My taste in cars has not matured to any extent as I now drive a 2010 A Class Mercedes, currently on 176,000+ miles. Again, there is always a plus, I shed no tears as I reversed into tree in the car park of Dartford Masonic Centre. This was in spite of the warning system, which needed to be glued back into the bumper.

4.
Approaching graduation, I decided to join the Metropolitan Police. Applying and adapting my fledgling skills around word perfect learning, I ‘graduated’ (not a term we used then) from Training School having attained the Top Student award. Many might observe that this was to be the high point of my career before retirement as a uniform chief inspector in 2010.

5.
At a very early stage in my career, I demonstrated why the C.I.D. was not destined to be my career path. In 1981, a lady attended Tower Bridge police station, expressing concerns that her estranged husband had killed himself. I duly left the station with a colleague, met the lady at the relevant address and found the estate caretaker. At approximately 10am, the caretaker was under the influence of drink. This was a clear indication of how things were to go. Having caused damage to force entry to the premises, I ascertained that, in fact, the gentleman concerned was not in the flat and there was no further need to fear for his safety. I learned two important lessons that day. Firstly, the sergeant tends not to be overly impressed when you smash up council property unnecessarily. Secondly, before you leave the station to look for a potentially vulnerable man, make sure that he isn ‘t ten paces away in the cells as you embark on your quest.