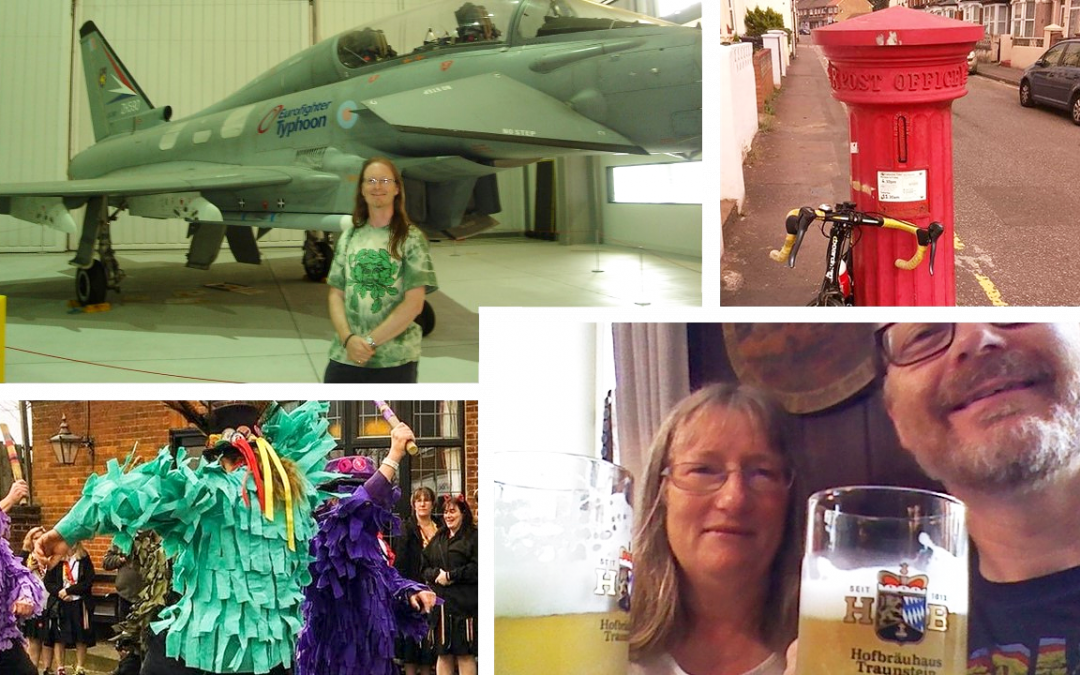 1.
My father is from Yorkshire, my mother South East London and they moved down here with my brother and sister before I was born and lived in a one-bedroom flat at the top of a three-storey house; my grandparents on the ground floor and my aunt, uncle and their family on the second floor. There was no running water in the flat so my mother had to carry water up three flights of stairs. It was so cramped there was no room for a cot and I slept in the bottom drawer of the dresser.

2.
I studied German for a short while at school before moving to Medway and after a holiday in Austria as a teenager I fell in love with the mountain scenery and Bavarian/Austrian culture â the music, dancing (Schuhplattler) and, of course, the beer. Iâve been learning German on and off ever since (without much progress!) and generally make a pilgrimage every year to practice. It can lead to some misunderstandings however, like the time I inadvertently ordered another beer!

3.
I built my first two computers from kits â the Sinclair ZX80 and ZX81 â and taught myself programming. I was always interested in electronics and computing and studied Electronic Engineering at University. My first job was at GEC Avionics where I designed chips for the Eurofighter Typhoon and Boeing 777. Latterly Iâve been designing ‘videowall processors’ for control rooms, television studios and live events.

4.
Living near Rochester Iâd been to the Sweeps Festival a few times to watch the Morris dancing. Iâve always enjoyed the music and dancing and resolved to join a Morris team. I joined Motely Morris because of their exuberance. Rochester is still the biggest event in our calendar and I sing the song to awaken the Jack-in-the-Green on Bluebell Hill at 5.32am on May morning.

5.
Iâve always liked spotting postboxes with their different cyphers for the Monarch of the time. Itâs surprising to think some of them have been around for over 150 years â imagine all the hopes, dreams and disappointments people have posted! My favourite find was whilst out cycling on a Sunday when I took a wrong turn in Gravesend and found a Doric column type with a vertical slit â very early indeed!