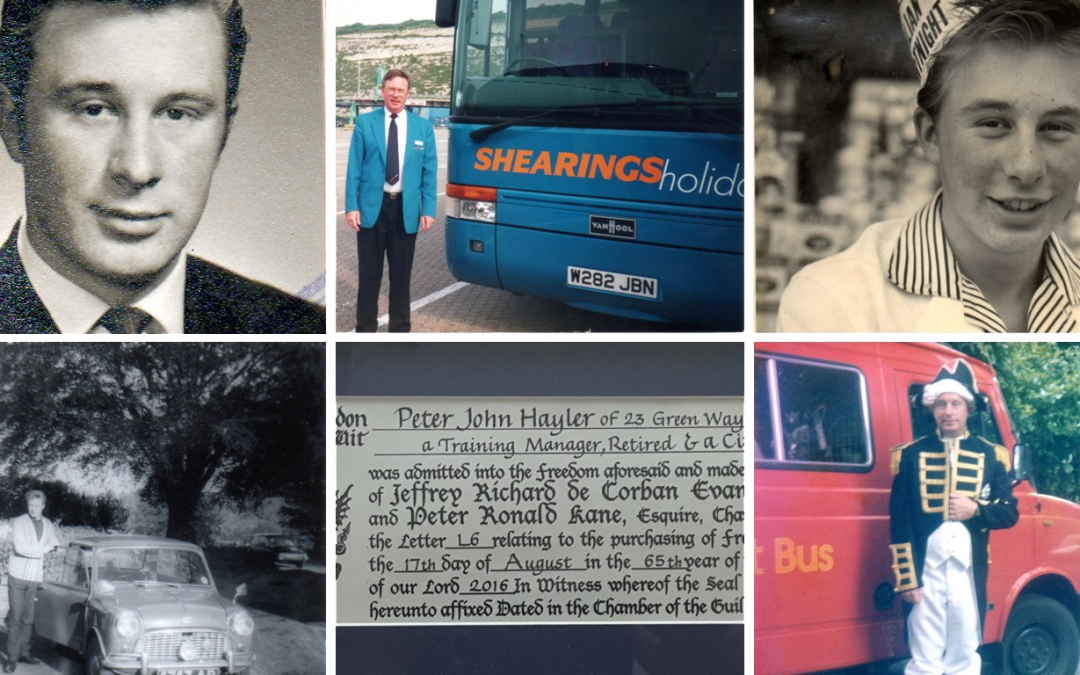 1.
I originally came from New Cross, Deptford really, South London. Moved to the small village of Lamberhurst in 1948, although having moved to Lamberhurst, I have been a lifelong supporter of Millwall FC.

2.
Having left school, my first job at 16, was working in one of the local grocer s shops, living in a small village there was not much employment. In just under a year, I was offered a job by a local farming family, to work in their butchers  shop, and having been a friend of the family, I was milking their cows for them at the age of 10. My first car was a mini, which at the time was my pride and joy.

3.
At the age of 25, I was married, and then joined the Royal Mail, only 2 months later to go on strike for 6 weeks. The South East region of the Royal Mail, back in the 1980`s, organised a Family Fun Day at a miniature railway, just off junction 11 on the M25. Those taking part were asked to come in fancy dress, my part on the day was to give rides in the Post bus, wearing fancy dress. For the last 10 years of my service in the Royal Mail, I trained staff to operate the £1.5m pound letter sorting machines, in various mail centres across the country.

4.
My ambition was always to be a Continental Coach driver, and in 1990 I achieved my ambition and worked part time for Shearings Holidays, which took me all over Europe and the UK.

5.
On 17th August 2016, I was given the great honour of the `Freedom of the City` at The Guildhall in London. I can now walk my sheep across London Bridge!