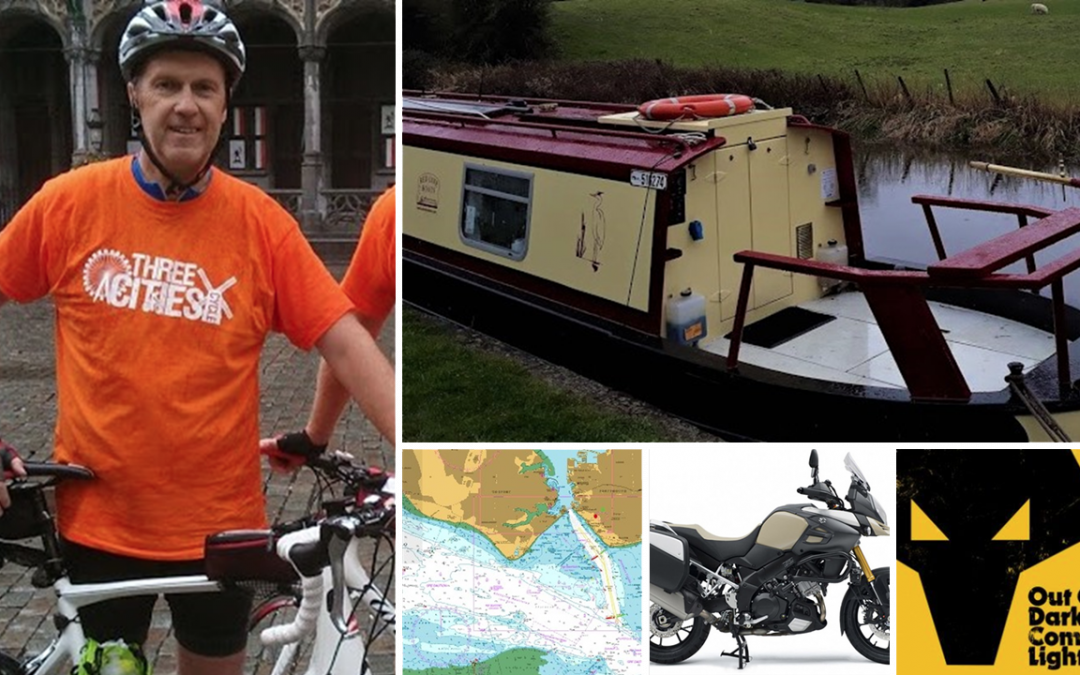 1.
Iâm a Black Country boy having been born in Bilston, famed for its enamels, just outside Wolverhampton. I moved to Kent at the age of 8 but still support my home club.

2.
Before migrating into marketing my first jobs were in sales, but if my career had gone as planned, I would have been a cartography artificer in the Royal Navy. However, back in the late 70s it was the norm that you either joined as a rating at 16 or an Officer at 21. I decided to stay on and take my A levels but wasnât quite the right calibre to make it to Dartmouth. I still stand to attention with thumbs straight and vertical in line with the seam â old habits die hard.

3.
I can often be found on two wheels, and as a MAMIL have completed several stage rides including London to Paris and the Three Cities Ride â London to Amsterdam to Brussels. I have even raced the RH&DR train from Hythe to Dungeness, and won!

4.
With my partner Sue, I am a Puppy Walker for Guide Dogs. Every year or so we get given a 7 week old bundle of fluff and over the next 14 months, through the three Bs of bonding, boundaries and behaviour, we hopefully produce a well-balanced dog for the experts to work their magic on. I am also a qualified ‘My Guide’ sighted guide.

5.
Despite being born in the middle of the country and not joining the Royal Navy my love of water remains strong. I live on the coast in Whitstable, have an RYA 2 qualification for dinghy sailing and most yearâs we holiday at 4mph on a narrowboat on one of Britainâs canals.