Fore Cantia Par The First and Bag Some Trophies 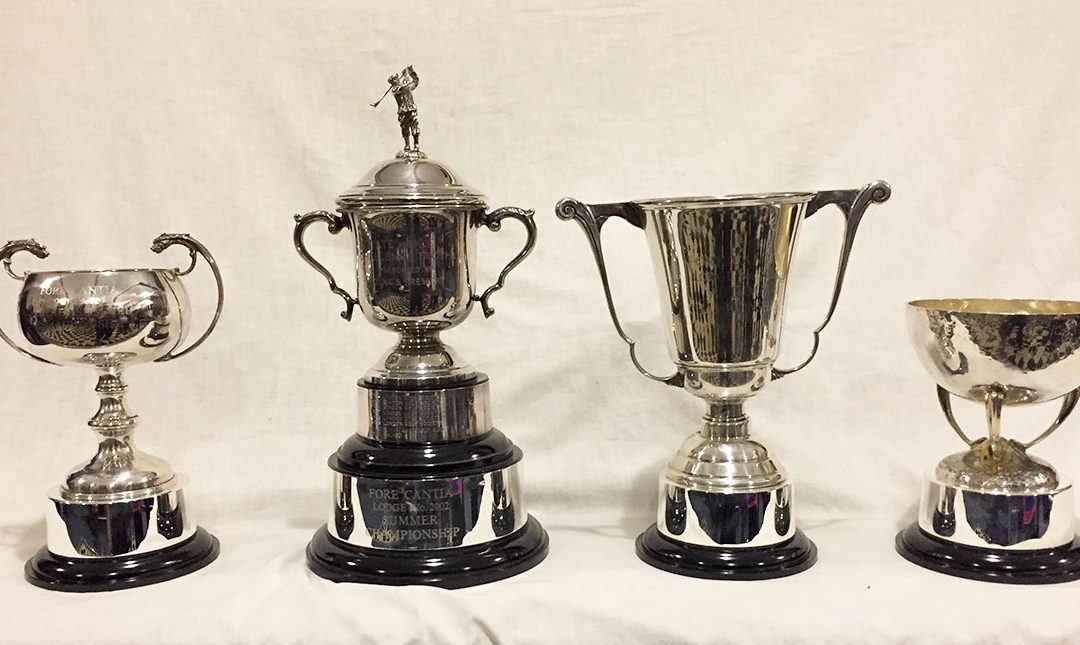 Congratulations to Bro. Paul Shrubsall MBE on being Advanced in Fore Cantia Lodge of Mark Master Masons No. 2002 on Thursday 6th June.

This was the first regular meeting of the Lodge, it having been Consecrated in March, meaning that Paul will always be the very first candidate advanced in to the Lodge!

W. Bro. Keith Stoner, Paulâs proposer, conducted the ceremony whilst his seconder RW. Bro. Archie Torrance was delighted to present him with the Working Tools of the Degree.

The day continued at West Malling Golf Club where the members and guests played the Hurricane Course which was particularly apt given it was the 75th Anniversary of D-Day. Their September meeting will be held at Faversham GC in Belmont Park, Lord Harrisâs old country home. Lord George St. Vincent Harris, 5th Baron Mysore & Seringapatam, was our 6th Provincial Grand Master and went on to become Grand Master. We are told he supervised the building of Faversham GC, advising them which trees could be cut down and which to keep!

VW. Bro. Tony Latham had previously presented the Lodge with some vintage golf trophies, (above), which have kindly been refurbished by W. Bro. Perri Ahmet and include new plinths, plinth-bands and engraving. There is a trophy each for the men and the ladies at their Summer Championship (June meeting) and their Autumn Championship (September meeting).