Hundred of Hoo commemorate eighty years since the Battle of Britain 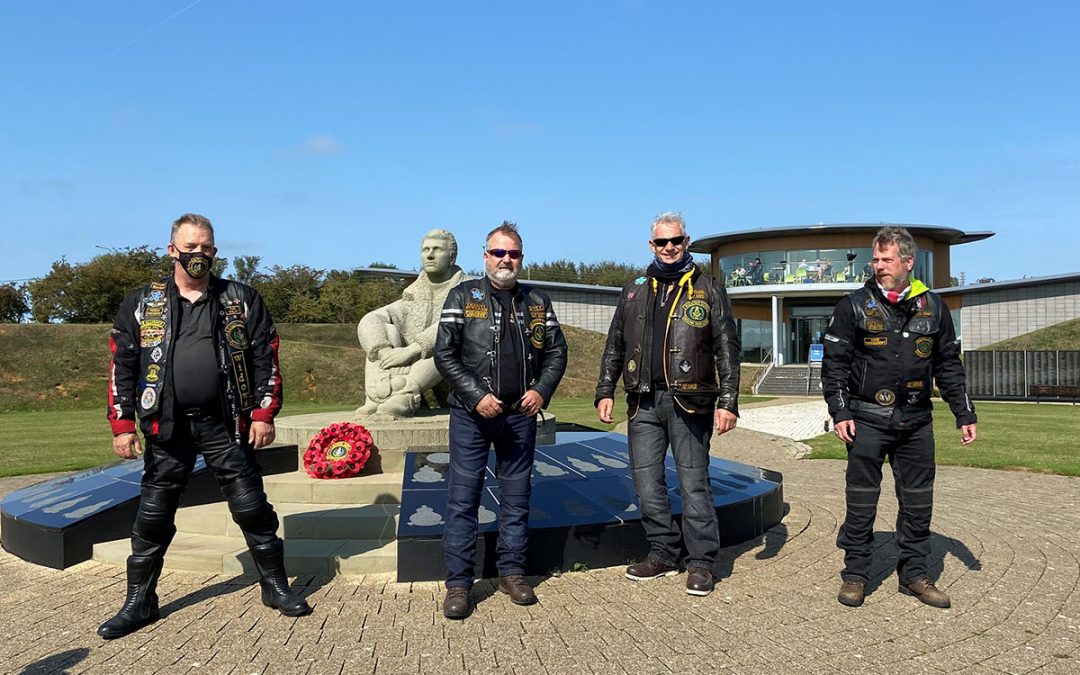 On the morning of Sunday 13th September 30 members of the Widows Sons Masonic Bikers Association from three Kent Chapters rode out to the Battle of Britain Memorial above the iconic White Cliffs at Capel-le-Ferne.

Whilst there the group, which included five members of Hundred of Hoo Mark Lodge No. 1326, laid a wreath to commemorate 80 years since the Battle of Britain.
The run and wreath laying were both excellently and safely organised by Les Fraser, aka Vicar.

The National Memorial to the Few is dedicated to the heroic and selfless deeds of the men who won the Battle of Britain. It is a peaceful space, ideal for quiet reflection, atop the famous White Cliffs and offering superb views across the Channel to France. The central statue of a lone pilot is complemented by the Christopher Foxley-Norris Memorial Wall, two replica aircraft and other items of interest.

In the spirit of the newly announced Provincial Membership Growth Strategy, rather than launch a new Lodge, the Widows Sons under the watchful eye of W. Bro. Ivor Spencer aka Terminator, our Provincial Grand Director of Ceremonies, have adopted the Hundred of Hoo Lodge with a plan to reinvigorate it.

Ivor commented that “Although we havenât been able to meet other than socially distant on bike rides, we are busy promoting both the Lodge and our friendly Degree. Itâs going to get very busy once we can meet again as we have motorcyclists queuing up to be part of the Province’s motorcycling Mark Lodge, where we are planning morning Lodge meetings to include ride outs as well as the evening ones”.