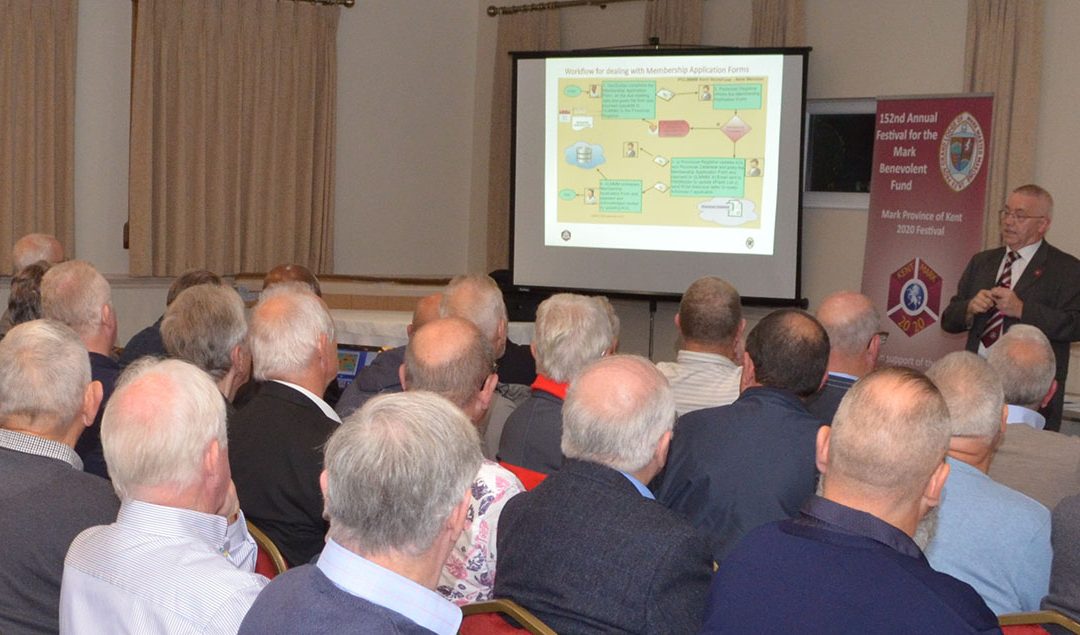 At the Maidstone Masonic Centre (Tovil) on the evening of Monday September 30th, more than 60 Mark and Royal Ark Mariner brethren representing over 75% of the Lodges in the Province, gathered for the first of a series of Administrators’ Seminars, organised by the Provincial Retention Officer, W. Bro. Martyn Summers.

The event was designed to assist not only Secretaries, Scribes, Almoners and Treasurers, but also any Brother interested in the future health and well-being of their Lodges, with some of the key skills and tools needed to make their roles and Lodges more efficient.

Attendees also had the opportunity to ask their own burning questions of key members of the Provincial Executive on how to invigorate their Lodges by recruiting new members and retaining existing ones.

All those who attended were presented with a certificate of attendance and a presentation folder full of useful tips and contacts, it is the wish of the Provincial Grand Master and the Provincial Membership Committee that every Mark and Royal Ark Mariner Lodge has at least one certificated Lodge Administrator.

The feedback was incredibly positive, with the newly appointed Secretary of Wilmington’s North Kent Mark Lodge No. 1682 commenting “I was really impressed by the assistance available for Secretaries from the Committee and Executive Officers. This gave me a real boost to my confidence in taking on quite a daunting office.”
The next event in the series is already being planned for Dartford in March 2020.