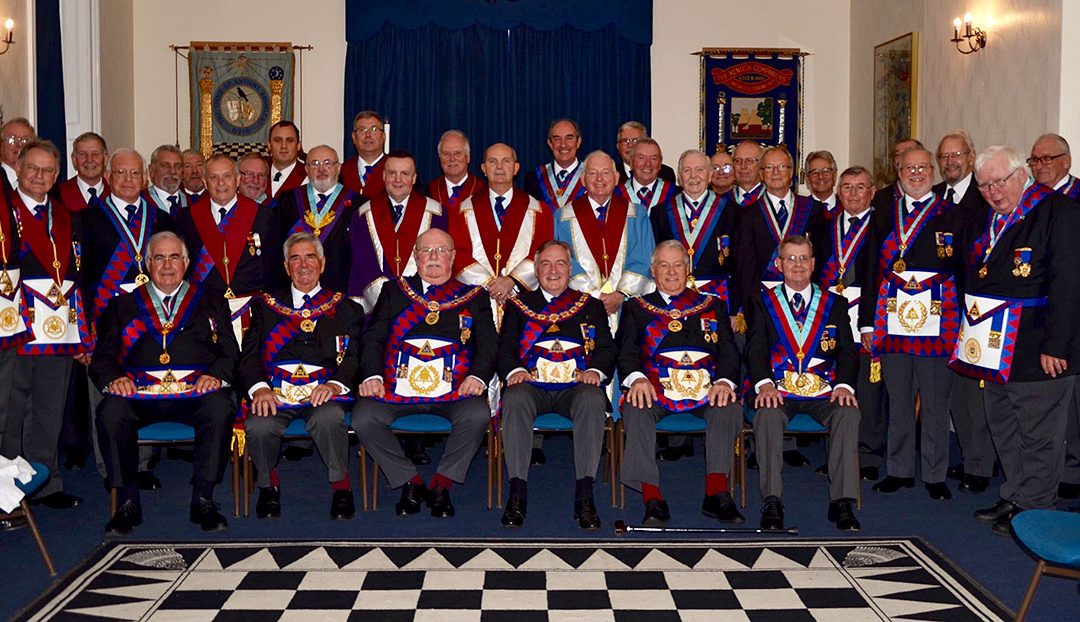 âThey say that if you want something doing you should ask a busy man and there aren’t many busier men than our Provincial Grand Master RW. Bro. Archie Torrance. He is very much not one to rest on his laurels and in keeping that old adage, he has very happily been installed as 1st Principal of West Kent’s Oakwood Chapter No. 8299 which meets in Bromley.

Commenting afterwards, RW. Bro. Archie said that, “It truly was a special occasion, but tinged with sadness as my friend and proposer, E. Comp. Alan Ward, passed away on the preceding Tuesday following a relatively short illness.”