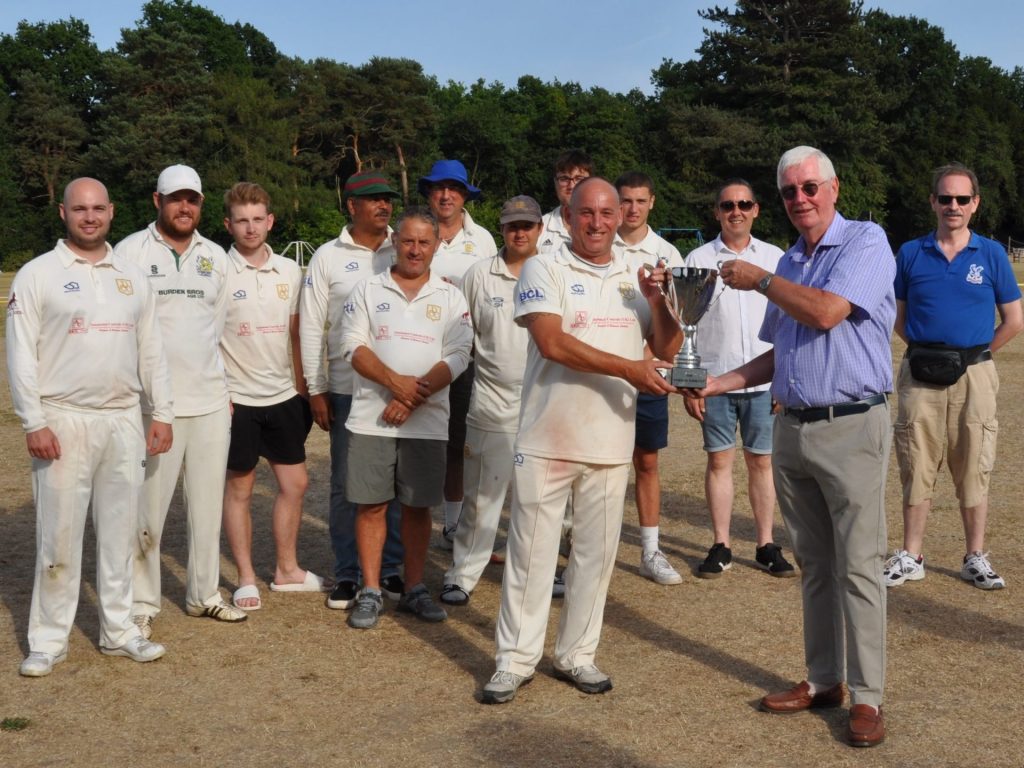 This year’s tournament was hosted by our Surrey neighbours at The Warren in Hayes on the Kent/Surrey border.

The day started well with all teams arriving in good time for the team captains, umpires and organisers to meet and agree the rules for the day.

The first match was played between holders Middlesex, and Sussex. A good game which was won by Sussex who progressed to the final, leaving Middlesex to play the losers of the Kent v Surrey match.

The second match saw Kent win the toss and elect to field. The ten men of Kent bowled and fielded very well, restricting Surrey to 62 runs in their ten overs. The Kent batsmen started quickly and finally reached their target in just over seven overs.

The final match of the day was the battle for the Norman Todd Cup between Kent – long-time bridesmaids (Kent having not won the Trophy since 2012) and Sussex – five time consecutive winners from 2014 to 2018.

The Kent captain once again won the toss and keeping with the winning format of the previous match chose to field first.

The Sussex openers took to the crease and attacked from the start scoring quickly, however when they retired on 25, as per the rules, the Kent bowlers, supported superbly by the fielders stemmed the run rate. Sussex eventually reaching a total of 77.

Now for Kent to try and reach the target of 78 runs to win the trophy. No mean task considering no team had scored particularly high scores throughout the day. The Kent batters strode to the middle knowing 7.8 runs an over would be enough. The opening batsman Luke Payton took to the opening bowlers with ease and reached his score of 25 quickly setting a good foundation. The next batsman to reach 25 was Scott Haiseldon, he was well supported by Will Day who made 14 not out. Kent then lost a wicket with ten balls to go and requiring three runs to win. Simon Clare was next in to bat. The over was seen out with no loss of wicket nor run added to the scoreboard. Now for the last over. Kent requiring three runs, Sussex in their fine sponsored kit and cricket caps looking to put a strangle on the Kent batsmen. This was not to be the case as the first ball of the over was finely stroked to the boundary by Will Day. Kent winning the Norman Todd Cup for the first time in ten years with five balls to spare.

The Norman Todd Cup will now be looked after by the Province of Kent for at least a year.

The Bill Balderston Trophy for Champagne moment was won by Nelson Arul of Middlesex for a fine run out from his own bowling. 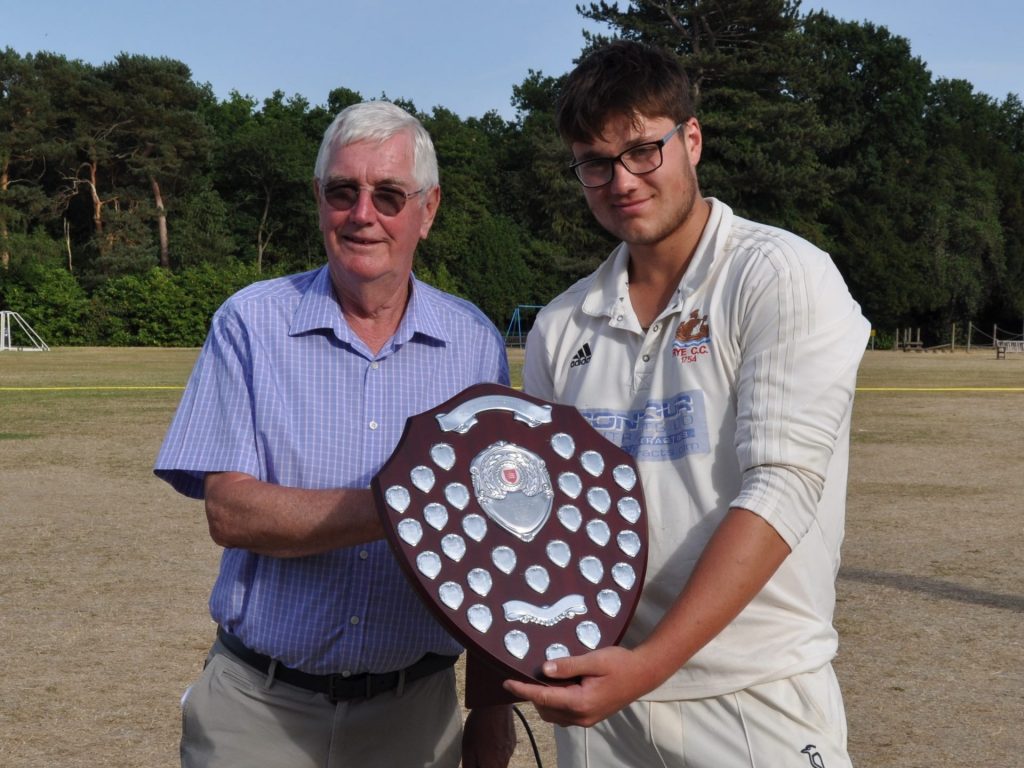 The Tom Auld Trophy for player of the tournament was won by Luke Payton of Kent (above) for outstanding batting in both matches and his contribution with the ball.

A great tournament in lovely surroundings and beautiful weather played in the right spirit as is always the way in the Mark Degree was enjoyed by all who attended.