Long Lost Cousin Is A Brother 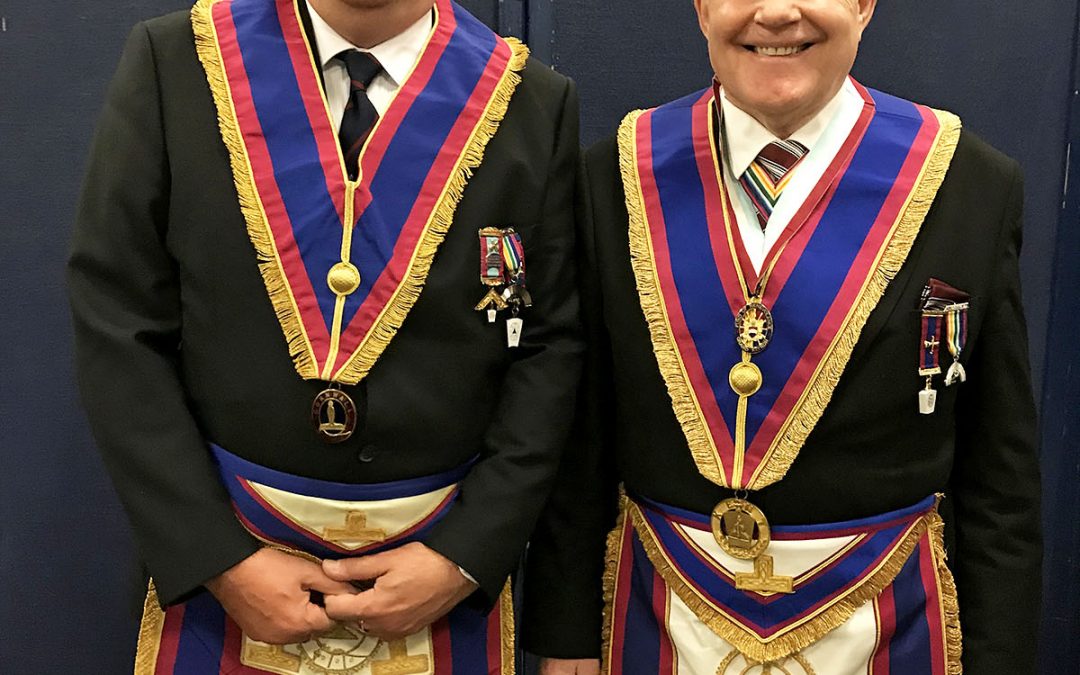 âOn Saturday 6th October our Provincial Grand Senior Warden, Pieter Swinge attended the Provincial Mark Meeting of Devon which was held at The Riviera Conference Centre in Torquay. Having only just been promoted to his active rank days before at our own Annual Meeting, he was excited to be representing the Provincial Grand Master at his first outing.

As is usual with such meetings, coming from another Province, Pieter was shown into a room set aside for distinguished visitors and after checking that he was indeed in the right place, including checking the visitors list, he settled in to familiarise himself with the centre.

Pieter had been at the venue approximately 20 minutes when a fraternal brother approached and asked if he had a familial brother named Paul, which took him a little by surprise, particularly being in Devon, but with the usual good masonic manners he replied that he had. Pieter’s brother is also a Freemason, so it occurred to him that the brother knew his brother – recognising the the unusual surname.

When the reply came back that the man standing in front of him was his cousin that he had not seen for more than 40 years, Pieter “could have fallen over”. The surprises did not stop there, as Pieter had not only failed to notice that his own name was directly beneath his cousin’s on the visitorâs list, but that they were to be sat next to each other in the temple. Pieter added “This would not appear unusual if we had the same surname, but we donât, and the list wasn’t even in alphabetical order. To make it all sound even more remarkable, I was there, as the Kent Provincial Grand Senior Warden, while he was there as last yearâs Cornwall Provincial Grand Senior Warden!”

As you can imagine, it turned out not only to be a great meeting but also an emotional. Freemasonry truly is a family affair.