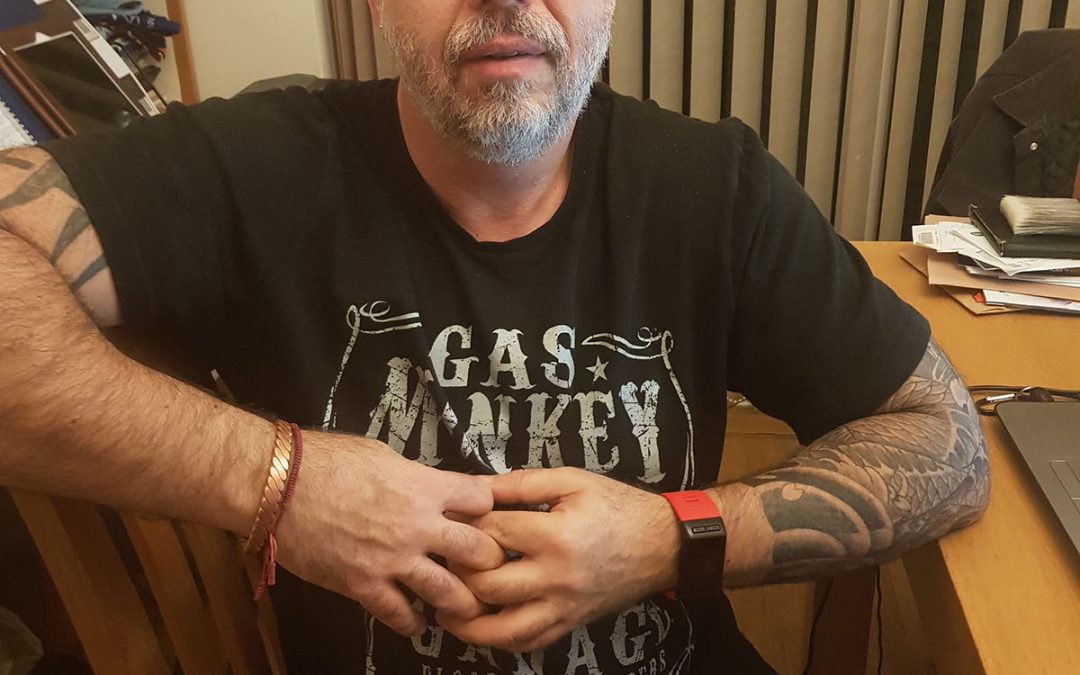 The Membership Committee’s lead on recruitment is Provincial Recruitment Officer, Jason Pearson. As is the norm in our friendly and beautiful degrees we like to let you know a little about the man behind the office.

Jason was born in Greenwich in 1968 and grew up and was schooled in Deptford, going to Sir Francis Drake Primary School opposite Deptford Park and then to Addey & Stanhope Secondary School.

He is married to Nicola, who he says is “definitely the boss – she provides the brains and I provide the brawn”. Jason has one daughter Bethan, 15 and a step daughter Erin, 32.

After school Jason went to work for British Telecom starting as a field technician and working his way up to a management position. He was lucky enough to be sponsored by the company to attend Higher Education finishing up with a B.Eng, MSc and MBA and in 2000 concluded his career with BT in BT International & BT Government. After leaving he spent 18 years working for himself as a contractor for a number of government agencies in the UK and EU and has now settled in the Home Office, managing IT.

For over 12 years Jason has volunteered as a Special Constable, and says that “Back when I started, it was in Lewisham Borough and we had a really scary Borough Commander called Archibald Torrance!” He moved several times to gain experience, his favourite position was working in Arts & Antiquities, enforcing the COTES Act (Trade in Endangered Wildlife Products), but is now back at Lewisham as a Special Inspector.

Jason is a lifelong biker and his midlife crisis started in 1989 when he passed his test. He loves nothing more than being out visiting friends and going for rides through the countryside making loads of noise on his Harley. He also loves going to the gym to keep himself trim and to end off the spread that comes with Masonic meals.

Jason’s Masonic career started on Valentines Day 1998 when he was Initiated into Cornwallis Lodge No.1107 in West Kent. He was Exalted into West Wickham Chapter in 2001, Advanced into The Lord Harris Mark Lodge in 2014, becoming Master in 2018 and Elevated into The Lord Harris Royal Ark Mariner Lodge in 2014. He was due to be Installed as Worshipful Commander in September, unfortunately due to the current restrictions this has yet to happen but he his hopeful that this will take place in 2021. Provincially, Jason was Appointed to Provincial Grand Steward earlier this year.

Jason is clearly well qualified to carry out his new role having been Provincial Membership Officer for West Kent and is also the lead for recruitment for the Special Constabulary in the South East of London.