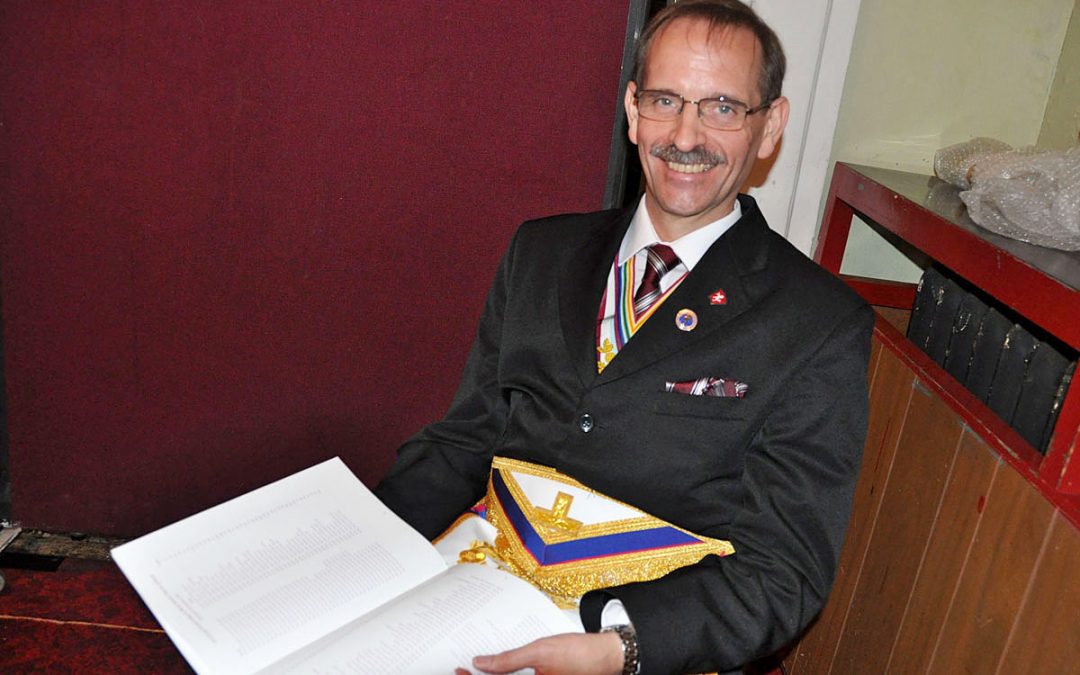 By definition, those who rise to such eminent Masonic ârâank have exceptional Masonic careers, more of which later, but we âdon’t âoften get to find out about the man behind the chain.

Ian was born in Cornwall in 1958 and remains a proud Cornishman, but with the maternal branch of his family emanating from London he followed in his Grandfather’s footsteps in supporting Crystal Palace FC, something that has, in his own words, allowed him to develop the ability to manage failure and anguish on a regular basis.
After school in Cornwall he attended Godsmithsâ, University of London in Lewisham, graduating as a Bachelor of Arts in Sociology. Ian then went on to join The Metropolitan Police in 1980. Professional etiquette prevents him from telling myriad stories about his time as a sergeant, inspector and chief inspector policing Southwark, Lewisham, Bexley and Bromley, spending over 10 years stationed in large areas of West Kent. However, after ending his career as a uniformed chief inspector at Bromley he appreciates the irony of being invested byâ,â and serving again underâ,â a chief superintendent!

Ian has been married to Pat for 28 years and lists his main hobby as Freemasonry with little time for other matters, although those who follow him on social media will note that he is an active amatuer photographer.

Up until his investiture at Margate he was our Provincial Grand Charity Steward, a job heâhad âbeen performing in a first class way since 2014. He is a member of our Executive Committee, Provincial Committee for General Purposes and 2020 Festival Committee & Fundraising sub-Committee. He manages several Lodge websites and has a high profile online presence on social media platforms. He is a double silver pin holder for ceremonies of excellence in both the Mark and Royal Ark Mariner Degrees.

In short, he is well qualified to be an APGM.