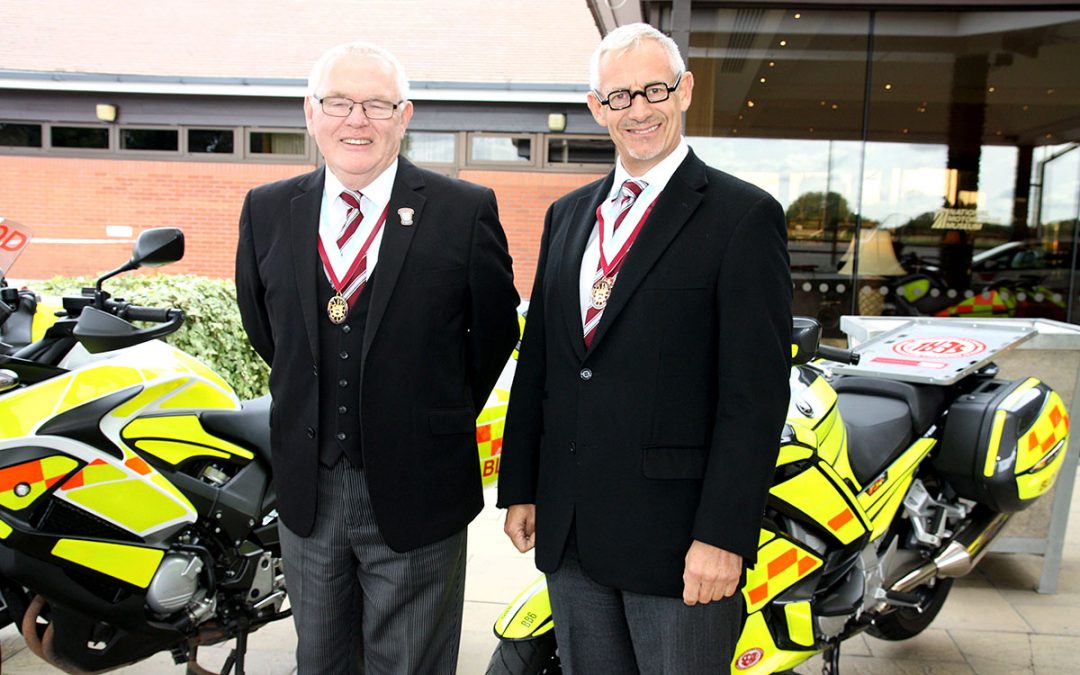 There are 31 groups of Blood Bikes across the country, including the SERV Kent Blood Runners here in our Province of Kent. A blood bike is a motorcycle used to courier urgent and emergency medical items including blood, X-rays, samples, drugs, and documentation between hospitals and other healthcare facilities and the services are provided completely free by volunteers, to all our communities thus reducing the strain on NHS funding.

As part of the process, the Grand Chaplain, Revd. Bruce Harry, gave an address and then dedicated the vehicles after which the various vehicles were then handed over to the representatives of the Blood Bikes charities by the Deputy President of the MBF, RW. Bro. Tony Morris.

In May 2017 the Mark Benevolent Fund Charity Walk took place encompassing all Royal Parks in central London along the seven-mile route of The Diana Princess of Wales Memorial Walk. The event was embraced by hundreds of Mark Master Masons, their friends and families, and raised an astounding Â£437,934. The Trustees of the Mark Benevolent Fund wanted to give something back to the Brethren in the Provinces who had given so generously and decided to invite all blood bike charities in England and Wales to apply for funding for a new vehicle. Mark Provinces covering the majority of England and Wales are serviced by these charities and all that applied received a new vehicle. To date the MBF has sponsored 16 Blood Bikes and 10 Blood Cars.
This is just one of the ways that our national charity supports important work within our local communities and why it is important that our 2020 Festival in favour of the MBF is a success.