A matter of hours after the recently announced changes to the Provincial Executive took effect, the new team were out in force on Friday 4th February at Gillingham’s Franklin Rooms for the Installation Meeting of Kent Installed Commanders’ Lodge No.999. 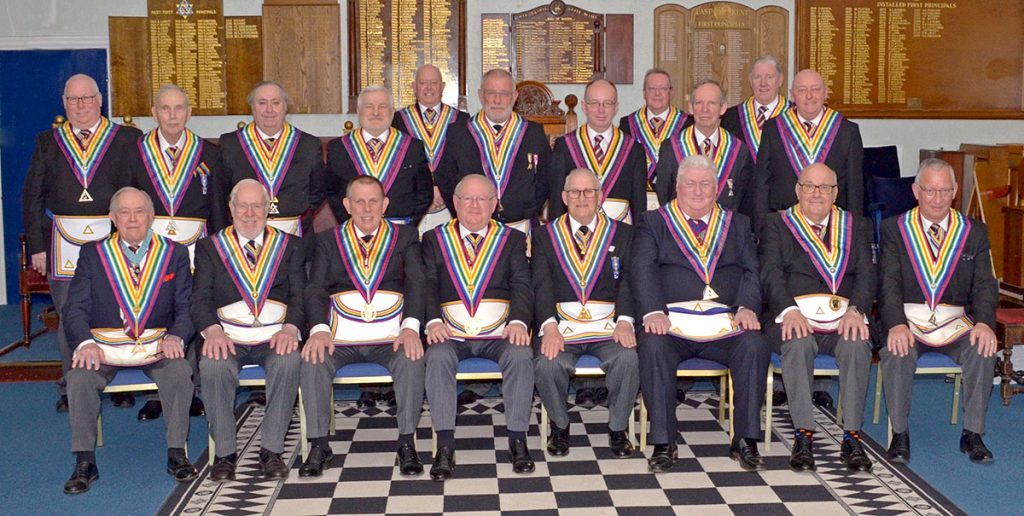 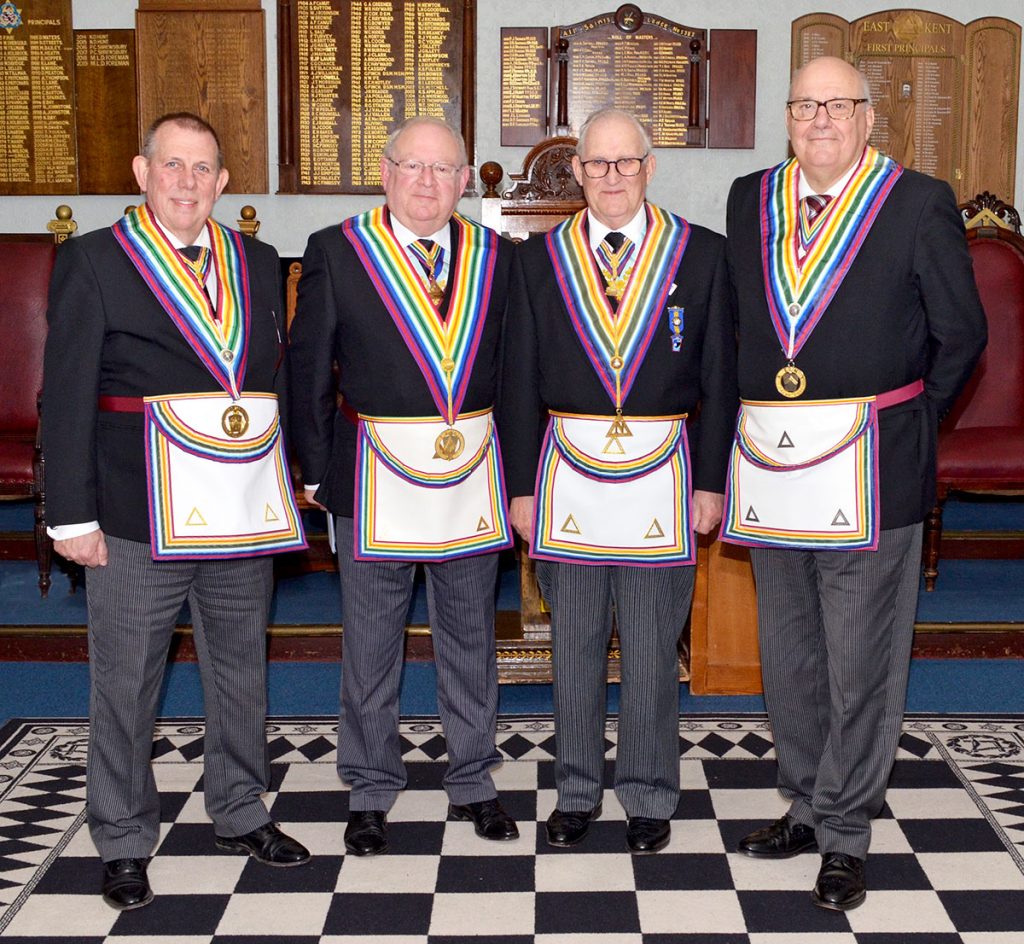 The evening was the first opportunity for all four ‘chains’ to be photographed together and also for R.W.Bro. Peter Williams to formally welcome W.Bro. Trevor Sharpe to the team. 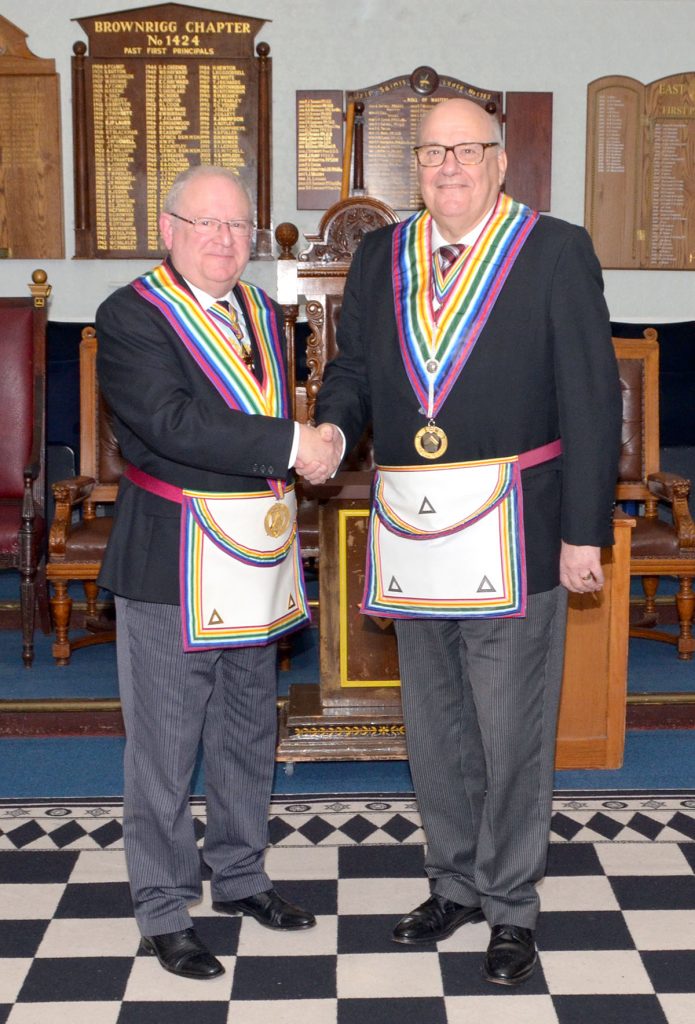