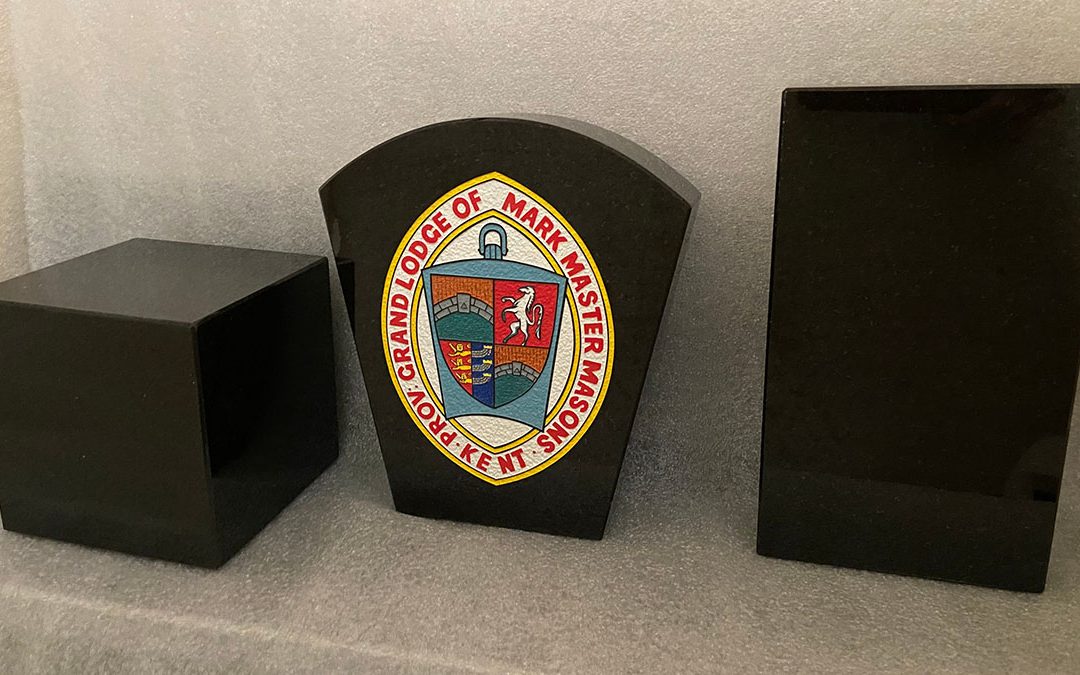 The newly-produced ceremonial stones, which they carry, are of polished black granite and were made by W.Bro. Ivor Spencer Prov.G.D.C., himself a Master Letter Cutter or Stonemason.

The Stonebearers take part in the Prov.G.M. ‘s procession immediately behind the Provincial Grand Standard Bearer on occasions of high ceremonial. This new scheme provides a wonderful opportunity for new members of the Province to mix with the leadership team and to get to know each other better. The first group of six Prov.G.M. ‘s Stonebearers were selected from newly Advanced Brethren who attended the annual meeting of Provincial Grand Lodge in 2018. They will remain in office for one year.