At the Kent Installed Mark Masters’ Lodge meeting at Tunbridge Wells on Saturday 25th June 2022 the recent changes to the Provincial Executive were formally ratified.

After the Lodge was opened and had transacted its initial formal business, the Provincial Grand Master, R.W.Bro. Peter Williams was received and, on this occasion, “took  the gavel” from W.Bro. Nigel Cash thanking him for allowing the Province to take over his meeting. 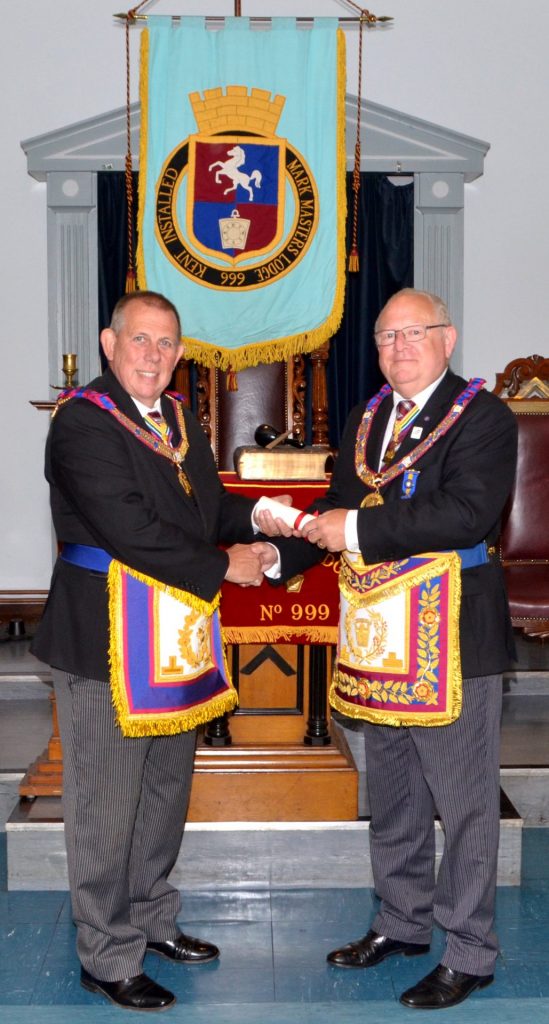 After which he then “appointed, obligated, invested, installed, and proclaimed” Trevor Sharpe as an Assistant Provincial Grand Master and likewise presented him with his Patent. One of the highlights of the morning was the performance of recent Silver Pin Of Excellence recipient, David Austin whose job it was to cite Trevor’s Masonic CV. Trevor is a member of some 14 Orders and holds the equivalent of Provincial Grand Rank or Grand Rank in virtually every one of them! 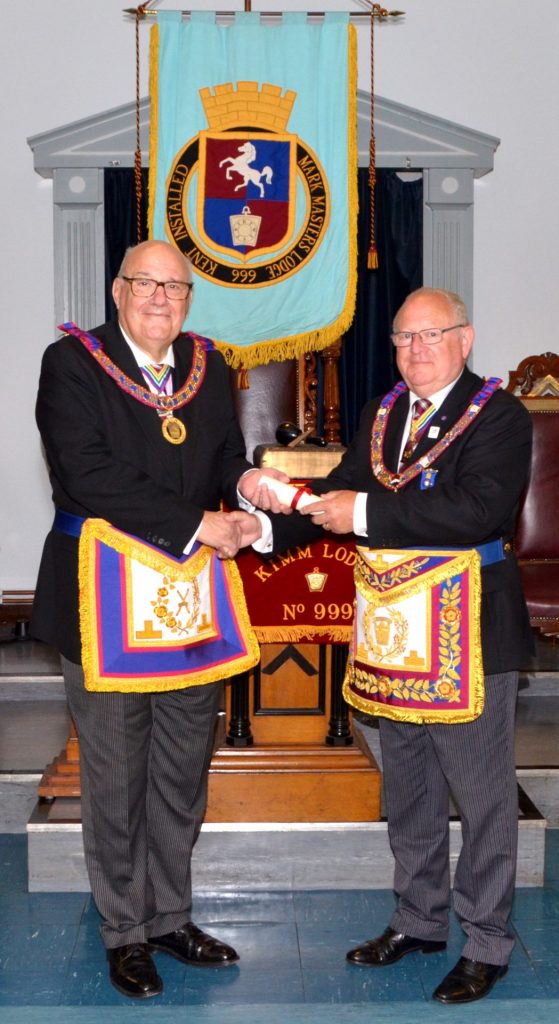 Peter warmly welcomed them both to the Executive in their new roles, thanking them for their past support and future commitment in the smooth running of the Province.