Some Things Are Worth Waiting For 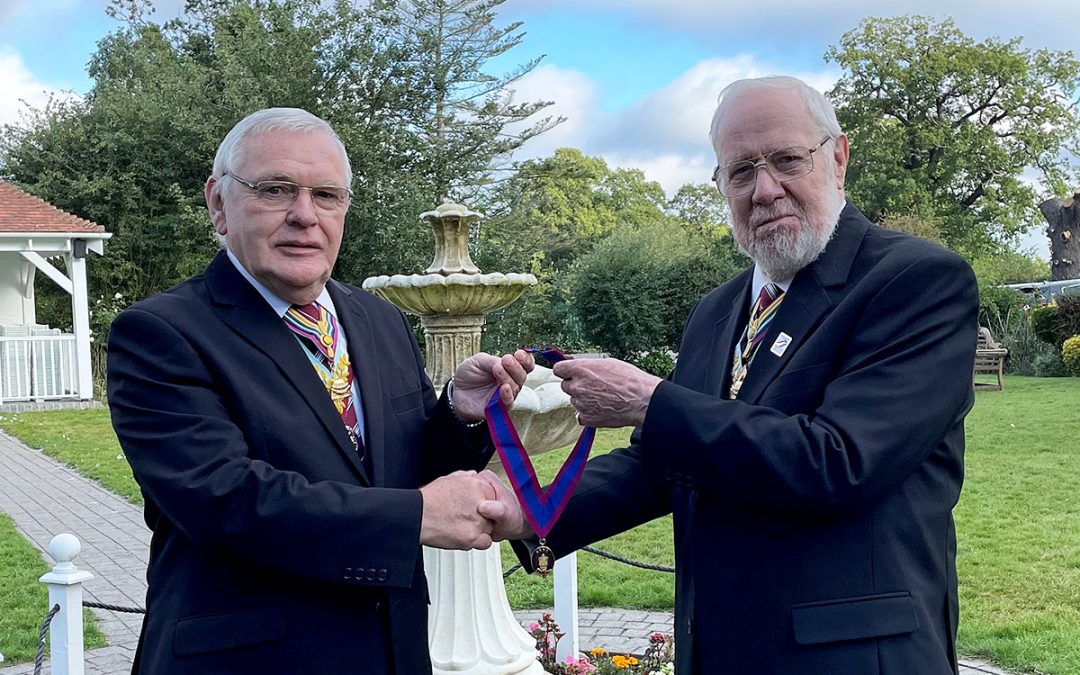 V.W.Bro. Fred would normally have received his collarette at the 2020 Provincial Meeting, after his two years in post, which were preceded by four as APGM and another as Provincial Grand Charity Steward.

But as this meeting was virtual due to the Covid-19 pandemic it was unfortunately not possible.

V.W.Bro. Fred, who also presided as âActing Dep.Prov.G.M.â for the meeting expressed his delight and thanks to R.W.Bro. Roger for his kind act and taking time out of his busy day.