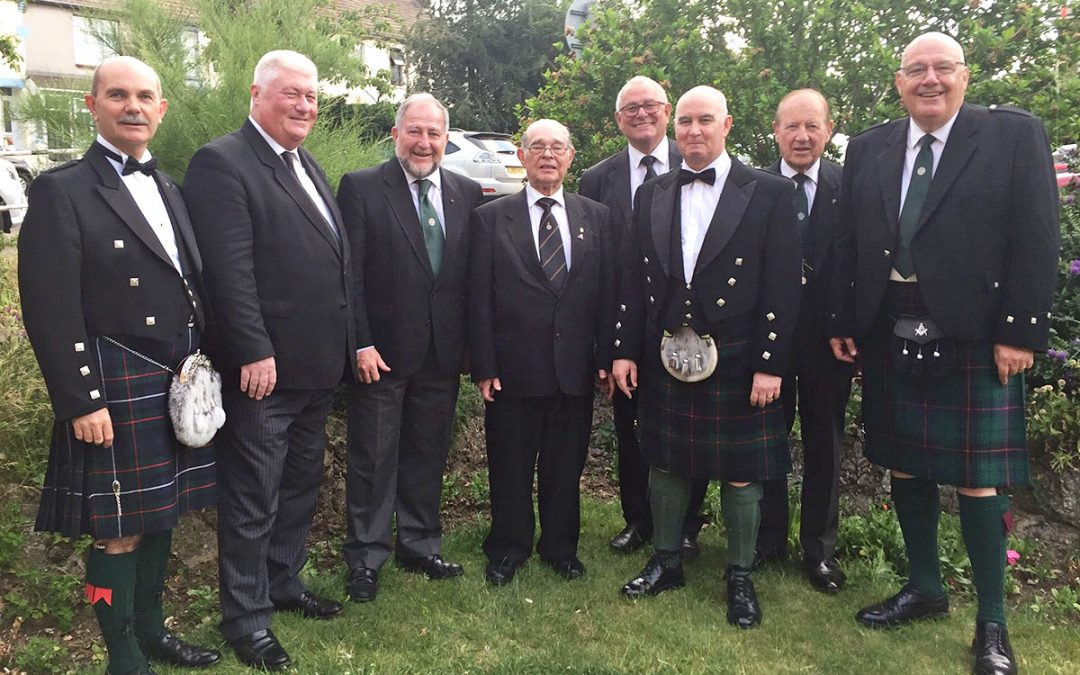 A great afternoon and evening was had on Friday 16th June 2017 at the Franklin Rooms, Gillingham, for the investiture and installation of Bro. Ian Wilson Tough, JP, FRSA, FSA Scot as the new Provincial Grand Master of the Royal Order of Scotland – Kent.

The ceremony was carried out by Bro. Dr James Wallace Daniel, Substitute Governor who arrived from North Wales where he was at another Installation and the following day travelled to Cornwall for another Installation. Accompanying him from Edinburgh were Bro. Martin McGibbon – The Grand Secretary & Bro. Ewan Rutherford – The Grand Mariscal (Director of Ceremonies), both of whom flew down on the Friday morning & back again on the Saturday.

The Royal Order of Scotland is the oldest Masonic Order, after the Craft, having originated in London in about 1740 and was then re-introduced in Edinburgh in 1763, becoming a Grand Lodge and Chapter in 1767. The Grand Lodge in Edinburgh controls the 92 Provincial Grand Lodges situated in many parts of the world. The Order has always claimed that the King of the Scots is the hereditary Grand Master.

The fact that Bro. Ian was supported by no less than eight Heads of Orders in Kent, (all but one of whom are Mark Master Masons), is testament to the warm relationship that exists across all the Masonic Orders in Kent and how proud we all are to be involved in Masonry in the county.
Photograph by W Bro. Denis Babbington-Callnon