Was  it fried eggs for and after breakfast at Fore Cantia? 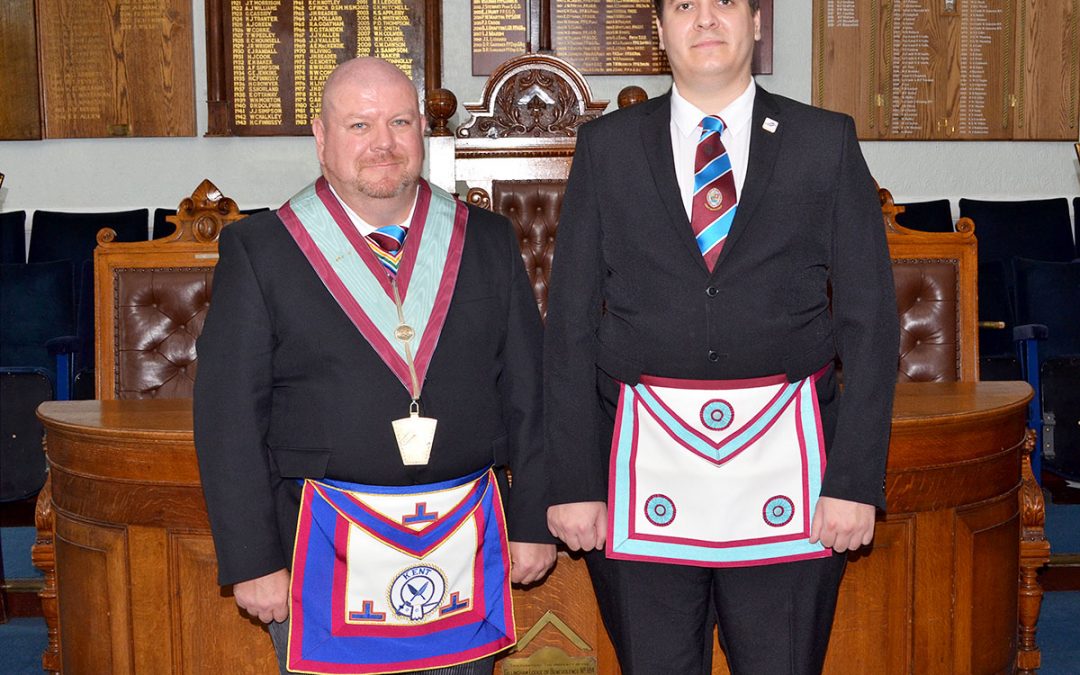 On Thursday 2nd September our Provincial Grand Secretary, W.Bro. Steve Hyland, had the honour of Advancing his eldest son Benjamin at the regular meeting of the Province’s golfing Lodge – Fore Cantia, having previously Initiated him into the Craft.

The meeting took the usual format of breakfast followed by the Lodge Meeting, this time at Gillingham’s Franklin Rooms, and then a round of golf  which on this occasion  took place less than a mile away at Gillingham GC where Lodge  Founder Les Sheward is a Past  Captain.

It was a busy first meeting back for the Lodge, but especially Steve, with the Proclamation of him as Worshipful  Master, the Advancement of Benjamin and the Election of the Master for the ensuing year – you’ve guessed it, Steve  again!

During the regular business a donation of £300 to the Kent Mark Benevolent Fund was agreed to kick start  the  Lodge’s Patronage.

We didn’t hear how Steve and Benjamin performed on the course, but we do know that the day was won by W.Bro. Chris Metherell on count back from a certain Archie Torrance! After the golf an excellent Festive Board was held at the Golf Club.

The Lodge’s next meeting is its Installation at its home centre of Paddock Wood on Saturday 4th December with the golf, a friendly 9-hole tournament, taking place at nearby Kings Hill GC.