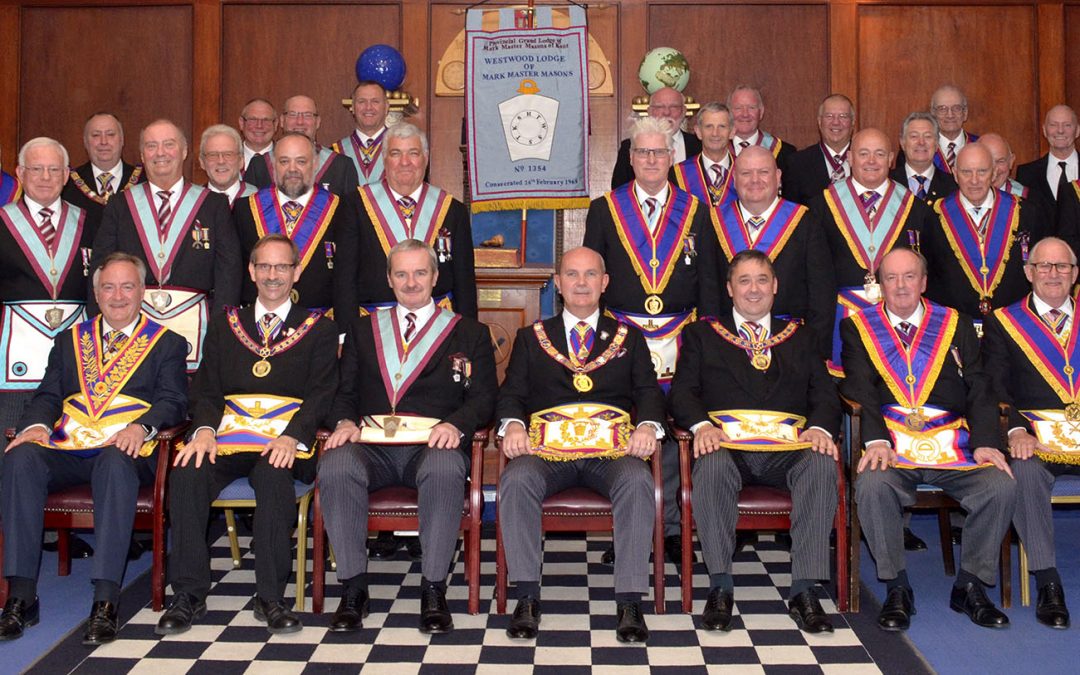 Thursday 27th June saw a very special meeting of the Westwood Mark Lodge No. 1354, as not only did the Lodge celebrate its 50th anniversary, but it also made the event all the more memorable by having its new banner dedicated.

Following this, the Provincial Grand Secretary, W. Bro. David Stiff, read the original Warrant followed by the 50 year Warrant, which was then duly presented to the Lodge, together with much congratulation from all in attendance on attaining such a significant milestone.

The evening was made so much better by having so many Heads of Orders attending, showing how much better Freemasonry is when all the Orders work closely together as we take pride in doing in Kent.

The Festive Board saw W. Bro. Bob Bennie, an honorary member of the Lodge, propose the toast to the Founders, all the more poignant on the Lodge’s 50th anniversary. W. Bro. Bob spoke of his personal memories of many of the Founders and brought a number of them “to life” for those who otherwise would know them only as names. Not to be outdone, VW. Bro. Peter Wise responded for the visitors and also delivered many personal and humorous memories, as his address turned into a most entertaining âWisey Waffleâ. All in all as the PGM himself said, “It was a great evening in excellent and distinguished company!”